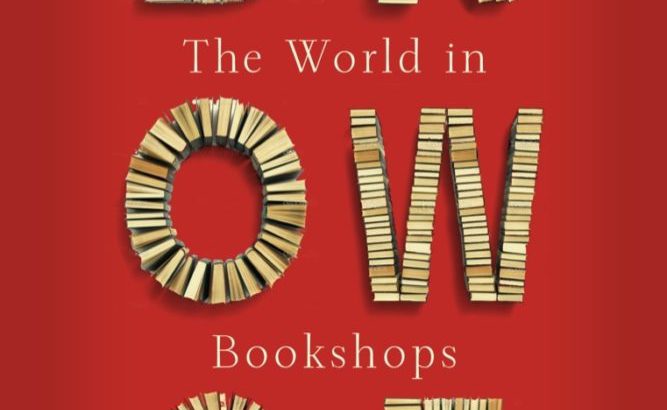 Bookshops have always possessed a kind of magic. How many of us have wandered into a bookshop for “a quick look” and have found ourselves still browsing the shelves hours later?

In Browse: the world in bookshops, Henry Hitchings asks fifteen writers from around the world on their thoughts and experiences of bookshops.

Ali Smith describes the secrets and personal stories hidden in secondhand books; Alaa Al Aswany tells of the Cairo bookshop where revolutionaries gathered during the 2011 uprisings; Elif Shafak shares tales of the bookshops of Istanbul, their chaos and diversity, their aromas of tobacco and coffee, while Iain Sinclair talks of his grief of witnessing a beloved old store close down. Others describe bookshops they have stumbled upon, adored and become addicted to.

The editor, Henry Hitchings, shares various bookshop experiences of his own, which occurred between the ages of nine to forty-one.

We live in a time where bookshops are under threat from increased rents and rates, as well as from online retail and other forms of entertainment.

The essays in this charming book remind us of the value and charm of the bookshop. At the same time, each piece cherishes a particular shop or the bookshop culture of a particular place from Bogota to Delhi; London to Berlin; Copenhagen to Nairobi.

Despite the title, this is not a guide to bookshops of the world but is rather an anthology of personal experiences which will cause the reader to fall for the magic of bookshops all over again.

Further details of Browse: the world in bookshops can be found on the main catalogue, available in ‘Catalogues’ on the Library’s website.

(Photo credit: Pushkin Press. Image shows the title of the book with the letters B, R, O, W, S and E composed of books. The title is set against a red background)