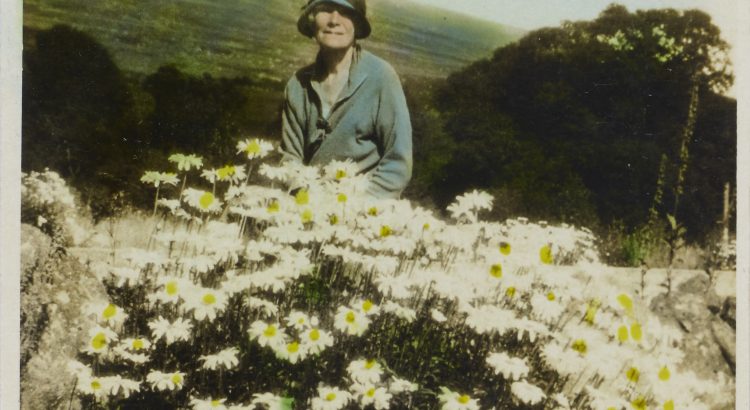 Marion Angus is a fine lyrical poet, most of whose work was written in the Scots language. Kathleen Jamie has said of Marion Angus “She has an authentic voice straight out of the ballad tradition, an eerie shimmer to her best poems”. Since her death her poems have gone in and out of print while her reputation and influence has quietly grown. We are delighted to be able to make Marion Angus’s poetry available to the world via our website. You can read her poetry together with the works of other important Scottish women writers here

We are able to do this because Marion Angus and the other four Scottish woman writers featured here, Helen Bannerman, Catherine Carswell, Jane Helen Findlater and Violet Jacob, all died in 1946 which means that their works came out of copyright on January 1st 2017.

Marion Emily Angus was born on 27 March 1865 in Sunderland, Tyne and Wear to Scottish parents the Revd. Henry Angus and Mary Jessie Watson. In 1876 the family moved back to Scotland when the Revd. Angus became the minister at Erskine United Free Church, Arbroath. It was here that Marion got her start as a published writer by penning a lighted hearted diary under the name Angus Ogilvie in the local paper “The Arbroath Guide” from 1897-8. Her poems were published in the “Northern Numbers” (1921-2) anthologies edited by Hugh MacDiarmid – a key early publication in the Scottish Renaissance. These landmark anthologies published the best established names in Scottish poetry alongside important new voices like Angus.

A relative later starter her first collection “The Lilt and other poems” was published in 1922 when Angus was fifty six. The early years of the 20th century had been a difficult and busy time for Angus. Her younger sister Ethel had a breakdown and shortly after this in 1902 her father died and Mrs Angus and her daughters were made homeless. They moved to Cults in Aberdeenshire where Marion looked after her mother and sister until her mother’s death in 1914. During the war Marion worked in a camp for detainees near Hawick. It was not until the First World War was over and in particular after 1921 when Marion and Ethel bought a house together in Aberdeen that she had the stability and tranquillity to concentrate on her poetry. During her time in Aberdeen, Angus also became active in the local branch of Scottish PEN and became friends with fellow writers Alexander Gray and Helen Cruickshank. Between 1922 and 1937 she wrote the six collections of poetry on which her reputation rests. Her sister became ill again in the late 1920s and was taken into care in Glasgow and Marion moved to be closer to her. By this time Marion’s own health was beginning to suffer. Eventually she returned to Arbroath where she died in 1946.

A memorial radio programme was presented by the poet and broadcaster Maurice Lindsay who also included Angus in an important retrospective he edited “Modern Scottish Poetry: An Anthology of the Scottish Renaissance 1920-1945”. Having re read her work Lindsay concluded that the best of it should be brought together in a single collection. When no publisher was willing to commit to what was considered an economically risky publication the Saltire Society set up a guarantee fund but when this only raised £20 it looked like publication would not go ahead. It was then that Lindsay got a phone call offering the additional £100 required for publication on condition that the contribution would be anonymous. “Selected poems of Marion Angus” was published in 1950 edited by Lindsay and with a personal memoir by Helen B. Cruickshank. Cruickshank says of Angus “She was steeped in the knowledge and lore of the ballads, until they seemed part of her life. Lost love, unquiet spirits, barley-bried and elder-wine: they are the very stuff of the ballads”.

Until recently apart from a few poems in anthologies much of Angus’s work was out of print. The 21st century though has seen a Marion Angus revival with two selections of her work being published. “The singin lass : selected work of Marion Angus” edited by Aimee Chalmers and published by Polygon in 2006 is probably the most comprehensive collection of her work ever published. As well as a generous selection of her poetry it includes early journalism and letters by Angus together with a lengthy biographical essay. The logical next step for Chalmers might have been to write a full length biography of Angus. However although we know many facts about Angus we know very little about her private and emotional life. As many of her poems are about lost love some have speculated on whether these poems are autobiographical and these speculations have often verged on sentimentalising or patronising Angus, suggesting she could not have simply have used the power of her art and imagination to write about love and loss. Chalmers found an elegant solution to these problems by writing a fictional biography of Angus “Blackthorn” published in 2006. Chalmers gives Angus a love interest Wull but duty prevents them eloping to Canada. As well as an enjoyable novel it is also a rebuke to the male literary elite who characterised Angus as “an elderly spinster who communed with fairies”.

Whilst Angus’s place and importance in the Scottish literary canon is secure the poet and her work remain somewhat elusive, even mysterious. What is clear is the quality and power of her work such as the poem below from her 1924 collection “The Tinker’s road and other verse”. Please have a read of her other works on our website. The rewards and pleasures of reading her work should quickly become apparent.

The wanderin bee it seeks the rose;
Tae the lochan’s bosom the burnie goes;
The grey bird cries at evenin’s fa,
‘My luve, my fair one, come awa.’

My beloved s’all hae this hert tae break,
Reid, reid wine and the barley cake,
A hert tae break, and a mou tae kiss,
Tho he be nae mine, as I am his.