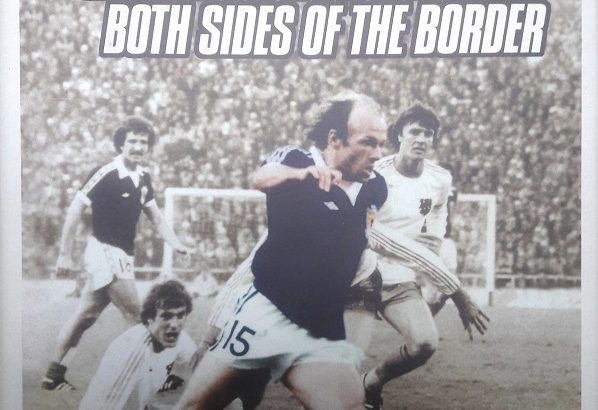 If ever a moment defined the joy and frustration of supporting Scottish international football it was probably Archie Gemmill’s World Cup goal against the Netherlands. “That” goal, in the sixty-eighth minute of their final Group 4 match played in Mendoza, Argentina, on 11 June 1978.

By then, after all the hype and euphoria about being at the World Cup, Scotland had had a miserable tournament – defeat to an underestimated Peru, a drugs scandal, an inept performance and draw against group minnows, and as it turned out whipping boys, Iran. This left them needing to beat the 1974 World Cup runners-up by three clear goals. Cruyff-less they may have been, but they were still a fantastic side.

There was more misery for the Scots, as they conceded a penalty in thirty-four minutes and fell behind – but Dalglish combined with Joe Jordan to equalise just before half-time. Not long after the start of the second-half, Graeme Souness was bundled over in the box. Gemmill stepped up to score the penalty kick, and Scotland led.

Twenty minutes later it was Gemmill again; he picked up a loose ball to the right of the box, he evaded a lunge by Wim Jansen and a similarly desperate challenge by Ruud Krol, he slipped the ball under Jan Poortvliet while Wim Suurbier looked on – and with that, he only had the goalkeeper Jan Jongbloed to beat from the corner of the six-yard box. Jongbloed advanced, and with his left foot Gemmill curled and lifted the ball neatly into the goal.

It was a sublime moment; skill, vision, balance, speed, athleticism, determination all against a great defence, raising the roof on pubs, clubs and front rooms all over Scotland. It meant that with one more goal, Scotland could stay in the competition – as long as they did not concede.

Career defining might be the phrase to describe the goal – but Archie Gemmill won the English League Championship twice with Derby County and again with Nottingham Forrest, as well as the European Cup with Forrest. But the photograph on the book-jacket of his autobiography[1] does not reference club football at all, but shows Gemmill, with only the ‘keeper to beat, in that moment in Mendoza.

Of course, Scotland being Scotland, they let their two goal advantage go only three minutes after Gemmill’s strike – the shooting prowess of Johnny Rep, given an awful lot of time and space outside the box, being too much for ‘keeper Rough. They had not done enough, but Scotland won 3-2 against a team that for the width of a post in the dying seconds of the final against hosts Argentina would have been World Champions only two weeks later.

It has been debated: what was Scotland’s greatest ever goal? These things are always subjective, and tend to be influenced by the age of the debaters; James McFadden’s strike in Paris, is often cited by younger fans. Folk of a ‘certain age’, however, who can remember the highs and lows of Scotland’s international football adventures from the 1960s to the 1980s and beyond, tend to hark back to that hopeful, joyful, if only we could play like that all the time goal scored 7000 miles away from home, by a brilliant player, a guy from Paisley.