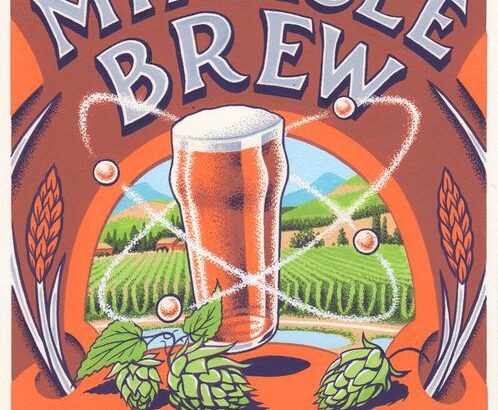 Do you like beer? Do you fully understand the process of brewing beer?

There is no doubt that beer is a highly popular alcoholic drink but how many of those who enjoy it stop to think about how its four ingredients – hops, malted barley, water and yeast – miraculously combine.

It is often a drink that is taken for granted with the actual drink being less important than the good times that happen around the drinking of it.

One of the odd things about beer is that even some of its most ardent drinkers are not only unaware of what it’s made of, but they don’t actually seem to care. Although with the recent rise of craft beers and various microbreweries going into operation, perhaps there is a move towards knowing and appreciating more about the brewing process.

Brewing and drinking of beer has occurred for thousands of years, without real understanding of how or why the brewing process works. In the Middle Ages, yeast was called ‘godisgoode’ because no one had any idea what fermentation was.

It is only in the last 200 years that science has identified and understood how man and yeast work together to gently (or not so gently) result in fermentation and hence beer.

Author Pete Brown writes with the warmth and wit you’d expect from a great night in the pub. Miracle brew is a fascinating and enjoyable journey through the nature and science of brewing and is bound to appeal to anyone who enjoys a beer (or two!)

Further details of Miracle brew can be found on the main catalogue, available in ‘Catalogues’ on the Library’s website.

(Photo credit: Unbound. The image above shows a pint of beer against the image of a field with illustrations of barley and hops)