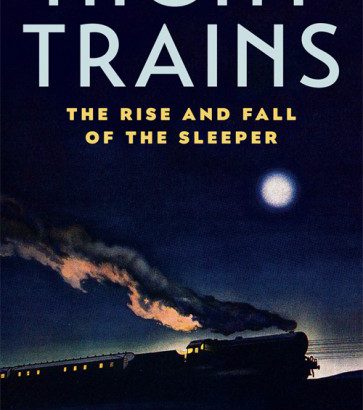 Night trains have long been a source of fascination. Authors from Agatha Christie to Graham Greene have used sleeper trains to tell tales of romance, intrigue and decadence against a rolling background of dramatic landscapes.

The reality could be just as thrilling as the fiction: early British travellers on the Orient Express were advised to carry a revolver (as well as a teapot!)

In Night Trains, writer Andrew Martin attempts to relive the golden age of the great European sleeper trains by using their modern-day equivalents.

Today, the night trains have fallen on hard times, and the services are disappearing one by one. But, as Andrew Martin found out, the intriguing characters and exotic atmospheres have survived.

From passing a Turkish customs post at 3am, the sun rising over the Riviera, or the constant twilight of a Norwegian summer night, Martin rediscovers the pleasures of a continent connected by rail.

By tracing the history of the sleeper trains, he reveals much of the recent history of Europe itself. The book does at times read like a lament but it is an enthusiastic and well-informed look at a subject which is sure to fascinate many people.

Further details of Night trains can be found on the main catalogue, available in ‘Catalogues’ on the Library’s website.

(Photo credit: Profile Books. Image shows a steam train travelling at night with the moon in the sky)