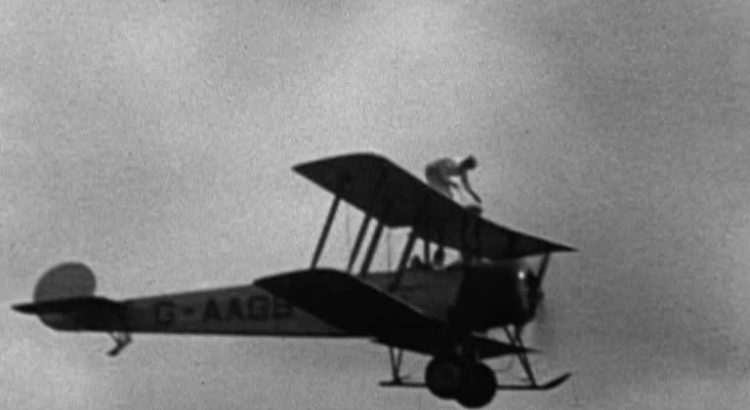 Most people when they think of films probably think of the latest blockbusters showing at the cinema; fantastic stories far removed from everyday life, and rarely showing anything of Scotland.  What many people don’t realise is that for four decades the National Library of Scotland’s Moving Image Archive has been collecting and preserving all kinds of Scottish films.  These include amateur home movies from ordinary people, educational films, documentaries, adverts and promotional films as well as fictional tales from bold and experimental amateur film-makers.  The films date from the 1890s right up to the present day.

When planning our new visitor centre at Kelvin Hall in Glasgow, we wanted to find ways to show off the brilliant collections of the Moving Image Archive and to introduce people to the wonderful world of archive film. I was given the task of researching and writing about over 200 favourite films from the archive, chosen by archive staff as well as community groups, students and other people interested in archive film. These would be organised in themes such as Sport, Islands, Transport and Entertainment and be made available to the public to browse using a brand new film player and touchscreen technology.

Films needed to be taken from the vaults and digitised to new higher quality files, a still needed to be chosen for every film, and descriptions, timings and additional context for each film needed to be provided.

Beginning in March 2015, I began to research the films that people had selected, as well as choosing films for two themes of my own.  Delving into the Moving Image Archive’s paper archive and using the library’s online resources, newspapers and books was a fascinating experience.  I was able to find out so much more about the people, places and events shown in the films.  I found out what J M Barrie actually said to an enthralled audience when he opened the Housing and Health exhibition at the Kelvin Hall in 1929, and what Princess Margaret thought of the Royal Botanic Gardens in Edinburgh when she opened them in 1967. After watching and finding out about so many films, I began to see Glasgow in a completely new way.  I could imagine the log flumes on the river Kelvin which were part of the Glasgow International Exhibition of 1901.  I could picture the trams going along Sauchiehall Street and I could see Central Station as it was in the early years of the 20th century.

After lots of hard work by the team, the new film player was ready for the launch of our new centre at the Kelvin Hall in September 2016. It was great to see so many people coming in and enjoying our films as well as the fantastic exhibitions and digital collections set up by our Edinburgh colleagues. Be sure to come along and see what’s on offer, we’d love to show you our amazing new home!

Find out more about the National Library of Scotland at the Kelvin Hall.