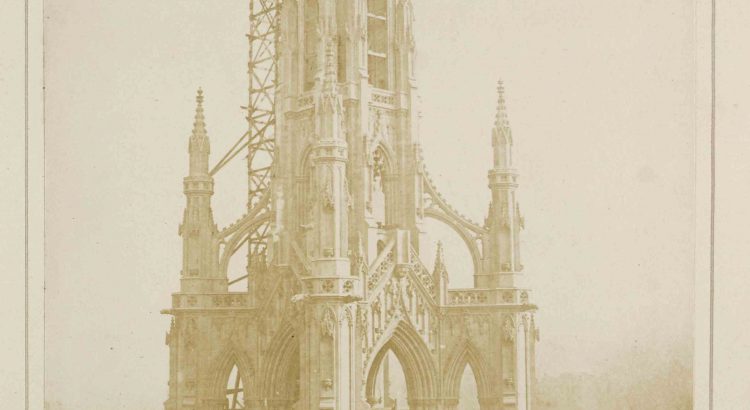 Scotland and the photographically illustrated book 1845-1900

In October 1844 Henry Talbot, the inventor of the calotype negative (Talbotype) process of photography travelled to Scotland along with Nicolaas Henneman, his former valet who was now running his own Talbotype establishment in Reading. Talbot, with the aid of Henneman, was planning to take photographs to illustrate a new book, Sun Pictures in Scotland, which was intended to “represent scenes connected with the life and writings of Sir Walter Scott.” Talbot had already issued four parts of the Pencil of Nature, a serial illustrated with original photographs, but Sun pictures was a landmark both in the history of book production and in the history of photography – the first monograph substantially illustrated with photographs.

Talbot was well connected to Scotland through his friendship with the eminent Scottish scientist Sir David Brewster. Moreover, Scotland was beginning to become a popular tourist destination thanks to improved transport links and also to the global popularity of the novels of Sir Walter Scott, who, if he had lived another 10 years, would no doubt have been photographed for posterity.

Talbot arrived in Edinburgh just as the Scott Monument on Princes Street was nearing completion and he captured the construction of the Edinburgh landmark in its pristine pale sandstone. From Edinburgh, Talbot and Henneman proceeded north to the Trossachs, passing Doune castle, and then on to the beauty spot, Loch Katrine, made famous by Scott’s poem the Lady of the Lake. They were able to take advantage of some unexpectedly brilliant sunshine to take a series of photographs. The Loch had already been painted and sketched by the likes of Turner, Alexander Nasmyth and John Ruskin, but Talbot was the first to photograph it and to make it one of Scotland’s best known locations for photographers: On their way back to England the two men visited Abbotsford, Scott’s beloved home in the Borders, and his final resting place, Dryburgh Abbey: In 1845 the book Sun pictures in Scotland, illustrated with 23 photographic prints, was issued to 100 subscribers, including Queen Victoria, who had made her first visit to Scotland in 1842. Talbot felt it necessary to remind his readers that the images they were looking at were not engraved but created by the sun’s rays reacting on paper coated with photosensitive chemicals:

Talbot had managed to overcome the discomfort and hazards of 1840s travel and the challenges of photographing outdoors in Scotland in October with still very rudimentary equipment. Unfortunately, the success of book was marred by the fact that many of the prints in the book started deteriorating almost immediately. Henneman had had to make the prints under less than ideal conditions in the winter of 1844/45. The prints were insufficiently fixed and washed, which meant they faded quickly.