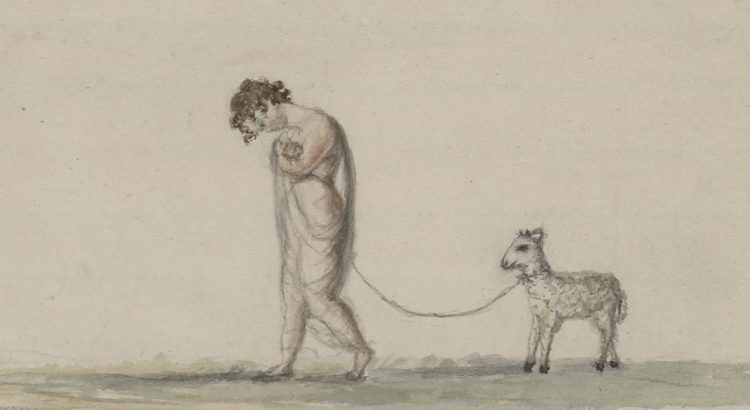 One of the best things about working with archives is finding records that give a real sense of the personality of the writer.  There are many examples of this throughout the John Murray Archive, an archive that spans over two hundred years.  The letters written to the successive heads of the publishing house regularly take a personal tone as well as discussing necessary business.  A real connection with the past comes from the often raw emotions in words that were written so long ago.

One of the rawest emotions is, of course, grief.  One poignant example comes from the author Richard John Frederick Edgcumbe.  He writes to John Murray IV in 1922, thanking him for his best wishes on the occasion of his 50th anniversary.  He ends the letter ‘But I fully realize that we are at the beginning of the end’.

Edgcumbe’s next letter, dated 14 Sept 1923, sends thanks for the condolences Murray sent after the death of his wife. It is a truly heartbroken letter, written on the usual mourning paper with a black edge –

“I am utterly crushed…I shall probably go abroad. I cannot live here alone…my nights are awful…she died in her sleep while I was watching her”.

There are numerous examples of other types of heartbreak too.  Take Lady Caroline Lamb’s blue commonplace book that was written to her ex-lover, the poet Lord Byron. It begins “this comes from one that suffers.  When you open this book, you will be as far from me in distance as you are now in heart”. This is after Byron ended their three month affair in 1812.  The rest of the volume contains stories, poems  and illustrations (such as the one at the top of this entry) about love that has been lost and deserted lovers. Subtle she was not.

Letters from Lord Alfred Bruce Douglas, a poet and Oscar Wilde’s lover, suggest the anger he felt at Sir Algernon Methuen being granted a baronetcy in 1916.  Douglas includes a copy of a letter he is propsing to send to the King.  In it, he accuses Methuen of “flooding the country with cheap editions of Wilde’s works” and refers to Methuen being fined for publishing an obscene work after the appearance of D H Lawrence’s The Rainbow in 1915.

He asks John Murray IV to support his protest, but Murray replies that he could not do so because “my intervention would inevitably be attributed to some personal jealousy”.

There is also a fantastic series of letters that are written in a far more positive spirit. They are from the writer Mary Patricia [Mollie] Panter-Downes.  Mollie had a very successful career – her first novel was published by Murray in 1923, at the young age of just 16, and she went on to write for the New Yorker for 50 years.  Her letters to John Murray IV and John Murray V convey her excitement at having her work published:

“I am too excited & happy for words about the book! Infact, both Mummie & I were too thrilled to do a stroke of anything after your letter came! We just sat around saying “How ripping, how ripping”! or as a slight variation, “How topping, how topping!”

Another letter shows that her enthusiasm was not restricted to her literary achievements:

“My dear Mr Murray, thank you immensely for your letter and for the invitation to the Grosvenor House ball. I am too excited for words about it, and am going to need a perfectly splendiferous frock!!”

It is obvious from the correspondence that her joy existed in real life as well as in her letters.

John Murray IV writes of her:

“We have been taking her [Mollie] to see various sights and places which she had never seen before. Oxford, Eton, London Dances etc., and she is an extraordinarily appreciative and receptive sight-seer.”

I bet she was!