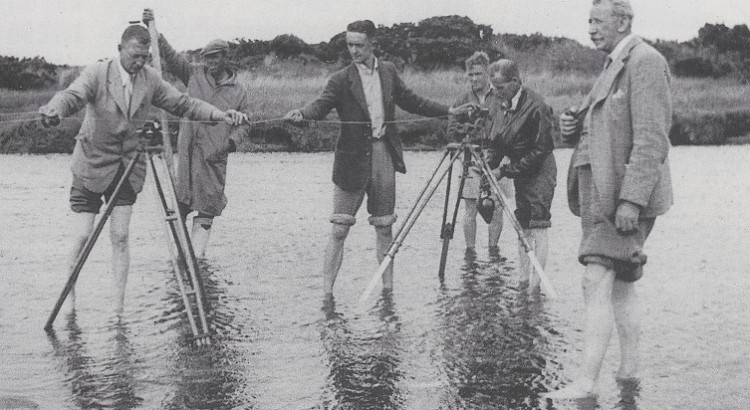 The maps collection held by the National Library of Scotland is one of the finest in the world, and the foundation of the collection are the Ordnance Survey maps first produced in the mid-19th century. These maps, and those that followed, were made possible by a process called triangulation.

Each ‘trig point’ was visited by an Ordnance Survey team, who used theodolites to measure angles to adjacent trig points, building up a series of interconnecting triangles across the country. The process was accurate to 20 metres over the scale of the entire country.

There are a number of books in the collection which outline the history of triangulation. Two of the best are Ordnance Survey: Map Makers to Britain since 1791 and The History of the Retriangulation of Great Britain 1935-1962. Alternately, if you want to see the tangible outcome of the triangulation process, why not visit the National Library of Scotland’s maps website.