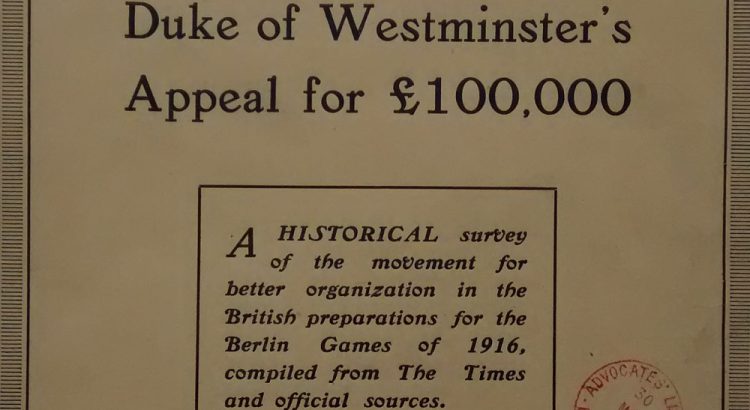 A century ago in 1916 the sixth Olympics of the modern era were scheduled to take place in Berlin but due to war they did not go ahead. Our collections include publications about the planning and preparations for these Olympics that never were. “The evolution of the Olympic Games 1829 B.C.-1914 A.D.” by F. A. […]