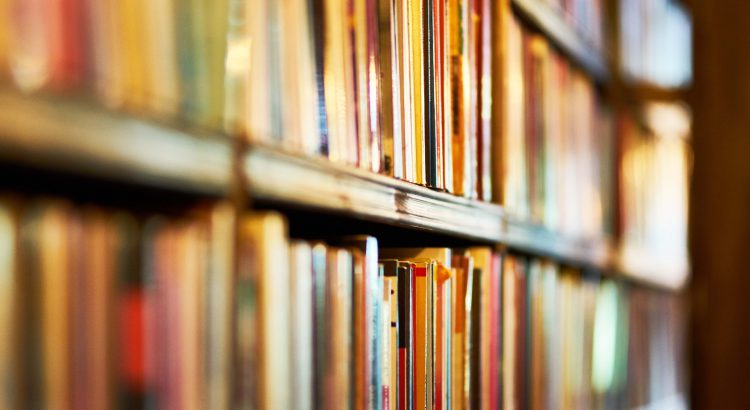 As the creating content intern for the National Library, I’m working on creating an online media centre and expanding our media contacts. My work will focus on researching up-and-coming journalists, writers and art curators from a range of backgrounds across the UK and beyond. I aim to connect Black creators and journalists from across Scotland, the UK and further afield with the National Library to foster involvement with upcoming projects.

A study conducted by City University London found that British journalism is 94% white. This research highlights a glaring problem in British journalism, that few people of colour produce the news that inform the masses. Dorothy Byrne, head of News and Current Affairs at Channel 4, was speaking at Oxford University when she said, “If your newsroom is not diverse, you will get the news wrong.”

This blog post will focus on three newspapers and magazines produced by Black creators in the UK and the US.

Ethnic NewsWatch is an eResource that is full of newspapers, magazines and journals written by members of the press who are part of an ethnic minority. Ethnic NewsWatch allows readers the opportunity to engage with and understand essential and often overlooked perspectives. Journalism’s role has often been said  to keep people informed, to establish facts and share them as widely as they can to enlighten readers.

This eResource also contains Ethnic NewsWatch: A History, which provides historical coverage of Native American, African American, and Hispanic American periodicals from 1959-1989. These resources combined contain more than  2.5 million articles from over 340 publications, allowing a comprehensive insight into often underrepresented communities and histories.

Perhaps the most valuable aspect of the resource is the inclusion of unique community publications not found in any other database, as well as scholarly journals on ethnicity and ethnic studies. For Black History Month, this blog looks at the part of Ethnic NewsWatch which provides thousands of scholarly, full-text articles for African American studies and includes several influential newspapers created and owned by Black communities.

These include The Voice, London, which was founded in 1982 and is the only British national Black weekly newspaper operating in the UK. The paper is based in London and is published every Thursday.

Regular features and special publications covered in The Voice include:

Another publication that is currently running, Black Masks, is a long-established Black theatre and entertainment magazine. Created in 1984, this magazine has gained widespread attention in the arts field in the US and further afield.

Speaking about the importance of Black Theatre in a 2019 article in Black Masks, Khalid Yaya Long, Assistant Professor of Theatre at Columbia College Chicago, said: “It’s global. It is African people, the Diaspora, all speaking in many voices, yet all sharing the one thing that reaches across time and space—the need to tell our story. In my opinion, it is my hope, my expectation that Black Masks will continue to report the truth on all theatrical matters, words, actions, deeds that affect and depict African peoples on world stages.”

The Richmond Planet was an African American newspaper based in Richmond, Virginia. The paper was founded in 1882 by 13 former enslaved writers. The Planet was initially edited by Edmond Archer Randolph, the first African American graduate of Yale Law School. The paper was quickly known as a defender of the African American community and a strong voice against racial injustice. The Planet covered local, national and international news. It especially focused on segregation, the Ku Klux Klan, voting rights and the terrorism of lynching. John Mitchell, the successor of Edmond Archer Randolph, was only 21 when he first became editor and received frequent death threats. The Planet continued until 1938, where it then merged with the newspaper titled Afro-American.

The historical component of Ethnic NewsWatch, titled Ethnic NewsWatch: A History™ includes more than 300,000 articles from 1959-1989. The material is made up of primary sources material and focuses on the events of three turbulent decades.

The current Ethnic NewsWatch file provides a spotlight on distinct ethnic groups as they form distinct communities and develop their own presses across the world. New ethnic presses are continually monitored, and new titles are added frequently, with the database updated daily with new content. Ethnic NewsWatch provides a unique and valuable resource for minority perspectives.

Subjects that Ethnic NewsWatch covers include:

To access Ethnic NewsWatch you can register here (your address must be in Scotland – there are some restrictions on access depending on publishers’ licensing terms and conditions).