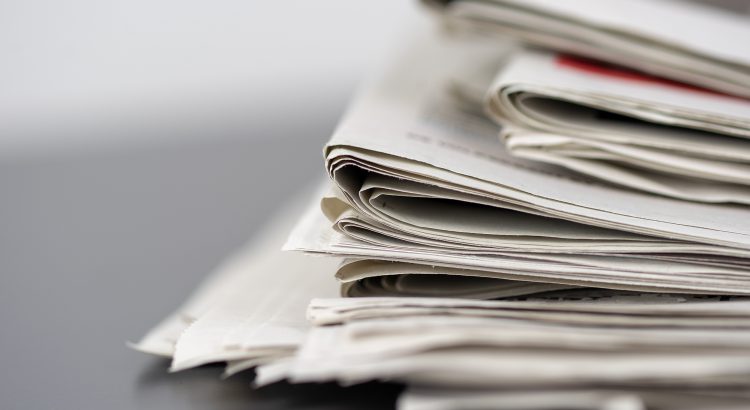 Through newspaper and journal articles accessed via Ethnic NewsWatch, this blog post by our Climate Crisis Intern explores the relationship between climate change, environmental damage, and race.

“Global climate change is experienced very differently across race, gender, class and nationality.”  So begins a 2012 article from Race, Gender & Class, a journal available on Ethnic NewsWatch, an eResource filled with scholarly work, newspaper articles, and magazine pieces relating to race and ethnicity. This eResource, accessible to registered readers through the Library’s website, offers invaluable perspectives on historic issues of race and their contemporary manifestations. This includes the sphere of climate change as well as climate activism.

The term “environmental racism” was coined by Dr Benjamin F Chavis Jr., the “Godfather of the Environmental Justice Movement,” according to The Washington Informer in 2017. With this term, Chavis was referring to the disparate burdens faced by communities of colour in the United States and the wider world from industrial practices, such as the dumping of toxic waste near residential areas – actions that cause both environmental damage as well as health crises in human populations.

In the same article, Chavis is quoted as saying, “There are different forms of racism, yet environmental racism is a particularly insidious and intentional form of racism that negatively affects millions of Black, Native American, Hispanic and Asian Americans, as well as people of color around the world.” Insidious and intentional. Indeed, the effects of these racist practices continue to be felt today. As reported by The Louisiana Weekly, Black communities are more likely to live in areas exposed to higher air pollution levels and suffer the associated health risks.

If Climate Justice acknowledges the unequal impacts of climate breakdown on a global level, Environmental Justice shines a light on the unequal burdens that fall on communities within states. Neighbouring communities may have entirely different experiences of pollution, air quality, and water hygiene- and, very often, these communities are divided along racial lines. What Chavis brought to light from the 1980s onwards is that “environmental racism is a racial discrimination in policy making and the unequal enforcement of the environmental laws and regulations,” said the Sacramento Observer in 2018.

This has long been known. Indeed, in 1987, the Commission for Racial Justice, with Chavis playing a leading role, studied every zip-code in the United States to understand the effects of industrial toxic waste being dumped near residential areas. “It found that race was the most significant factor, even more significant than poverty,” says an article in the Sacramento Observer from 2002. “All across the U.S., toxic wastes were more likely to be dumped in communities of color.”

So, the effects of industrial pollution do not fall equally among citizens. This is perhaps not surprising. What might be more surprising is that, largely, the environmental movement is failing to incorporate this disparity into the heart of its activism. There are, of course, many exceptions, but still, “elite environmental organizations are overwhelmingly managed by white leaders who appear to ignore key issues that disproportionately impact low-income communities, where African Americans and other people of color reside,” Hazel Trice Edney of the Louisiana Weekly said. Indeed, as a different article in the same publication said in 2019, “despite the severe health risks that toxic damage poses in these neighbourhoods, the residents received very little attention or support from environmental groups.” Clearly, mainstream climate activism is failing and will continue to fail if groups continue to exclude racial considerations from their thinking.

Reading through these resources and others on Ethnic NewsWatch, one is reminded of the importance of taking a holistic and inclusive approach to climate activism. Just as one cannot campaign for global climate solutions without Climate Justice at heart, so too one cannot campaign for local climate action without taking every community into account. As Edney continues, “the singular focus on one environmental issue while appearing to ignore others implies the presence of environmental racism.”

Environmental campaigners cannot exclude their activism from the realities of race and racism. Allies in the struggle for racial equality and climate action should not see the two as detached. Rather, they are inherently linked, and activism which privileges the science of climate change without considering its human impact risks perpetuating the insidious effects of racism.

Reading through these resources, it’s clear that we allies need to broaden our ideas of what it means to be a climate activist. It’s time for a more inclusive conception of what meaningful climate action is: one that acknowledges the disproportionate impacts of climate change, environmental policy, and regulation, and how these fall along lines of class, gender, and race.