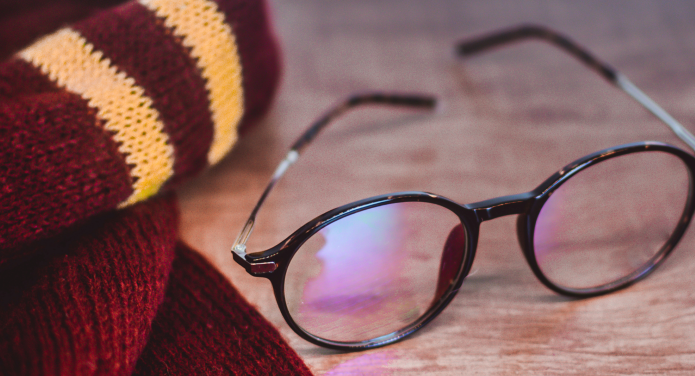 The National Library of Scotland’s new Treasures exhibition in Edinburgh includes an array of translations of the first Harry Potter novel. These translations show that the Harry Potter books are a global success, published and read in almost every corner of the the world.

“Harry Potter and the Philosopher’s Stone” by J.K. Rowling (1997) (or “Harry Potter and the Sorcerer’s Stone” as it is titled in North America) is one of the most translated novels in the history of literature. It has been translated into at least 80 languages and our collections include editions in Chinese, Hindi, Albanian and Ukrainian. This far exceeds the number of translations of Beatrix Potter’s ‘The Tale of Peter Rabbit’ (1902) which although published nearly a century earlier has only 35 translations or J.R.R. Tolkien’s “The Hobbit” (1937) which has around 59 translations. Eric Carle’s “The Very Hungry Caterpillar” (1969) despite having far fewer words to translate, has 45 translations.

The scale of its global success becomes even clearer when you compare it with some of the most famous books of the 20th and 21st century. F. Scott Fitzgerald’s “The Great Gatsby” (1925) has been translated into around 45 languages and George Orwell’s “Nineteen-Eighty-Four” (1949) has 65 translations. Dan Brown’s “The Da Vinci Code” (2003) has around 45 translations and in the year of its publication was outsold by only one book “Harry Potter and the Order of the Phoenix” (2003), the fifth novel in the Harry Potter series.

The few works that have more translations include of course The Bible and established classics such as “The Little Prince” by Antoine de Saint-Exupéry (1943), “The Adventures of Pinocchio” by Carlo Collodi (1883), “Alice’s Adventures in Wonderland” by Lewis Carroll (1865) and “Don Quixote” by Miguel de Cervantes (1615). If we narrow the field to novels by living authors writing in English, the only rivals to “Harry Potter and the Philosopher’s Stone” are “Never Let Me Go” by Kazuo Ishiguro (2005) and “The Boy in the Striped Pyjamas” by John Boyne (2006) both of which have around 52 translations.

Rowling’s book has achieved this feat by being translated into languages that include Asturian which has around 500,000 speakers in Spain, Marathi the third language of India after Hindi and Bengali, Māori which has 150,000 speakers in New Zealand and Hawaiian which has around 24,000 native speakers. Four different language editions have been published for Ireland and the United Kingdom. The original English edition, Welsh, Irish, and Scots. The title of the Scots language edition differs by only one letter from the English title, it is called “Harry Potter and the Philosopher’s Stane.” It has not yet been translated into Scottish Gaelic. Classicists can enjoy the translation into Ancient Greek by Andrew Wilson, which was described by Professor Tad Brennan of Cornell University as “one of the most important pieces of Ancient Greek prose written in many centuries”.

The alphabet of Harry Potter translations begins with Afrikaans and ends with Yiddish. Many of the editions use the Mary Grandpre cover illustration or a version of it which first appeared on the North American edition published by Scholastic Press. Most striking though are the covers of early translations for the European market. Harry Potter is now a global brand and how he and other characters in the books are portrayed is tightly controlled. The illustrators of these early translations though had a free hand. They feature familiar characters and motifs from the series but portrayed in unfamiliar ways.
The collection of translation on display shows that Harry Potter has truly conquered the world.

J.K Rowling follows in a long tradition of novelists born or resident in Scotland that have been widely translated. Translations of Sir Walter Scott influenced the work of Flaubert, Tolstoy, and Pushkin and thus the development of the novel. Robert Louis Stevenson and Arthur Conan Doyle are amongst the most translated authors in literary history. Today the works of Alexander McCall Smith, Irvine Welsh, Val McDermid, Ian Rankin, Ali Smith and A.L. Kennedy and other Scottish authors are translated into many different languages. The National Library of Scotland collects Scottish literature in translation, and you can access translations of these and many other authors at the Library.

Treasures of the National Library of Scotland is now open at George IV Bridge, Edinburgh. Entry is free. Opening hours and further information can be found on our website.