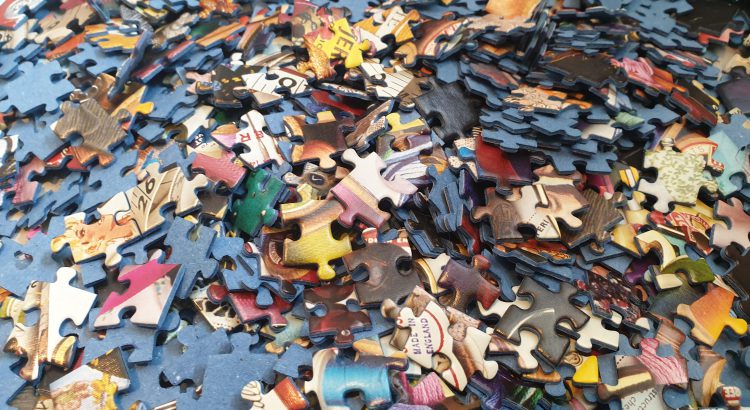 The Library is always there in a crisis. At life’s critical junctures, when there’s no choice but to adapt to change, the Library is a constant support. Here we are again, only this time, the feeling is that the ‘crisis’ has yet to take recognisable shape. More than that, it’s shared by each and every one of us. We are dealing with a collective, bewildering sense of longing for a life that once was, and which we anticipate will look quite different afterwards.

I am learning to accept my limitations in a situation where my ability to go about life as usual is restricted and where social conditioning spurs me into hyper-productivity in an attempt to organise, plan, and control. In the absence of an in-tray from my usual role at the Library, the reflex has been to create work for myself, to scramble for a daily to-do list and rigorously enforce it at my kitchen table. I am subservient to the artificial structures I impose on myself.

Thankfully, the Library has had the ingenious idea of tasking home-workers with text correction of digitised 19th-century Scottish chapbooks. The part of my brain accustomed to order has embraced the routineness of the task; my heightened cortisol levels fall at each successful transcript proofreading, perfection soothes my over-wrought amygdale. So far, I’ve revised ditties about the wandering, gentle maiden ‘Cat-skins’ (whose ability to skin a cat multiple-which ways in the name of fashion suggests she is anything but gentle) and ‘The Roving Bachelor’ (mercilessly afflicted by the unrequited love of ‘pretty lassies’). Cat-skins may have resorted to grisly dressmaking for warmth, but at least she never had to deal with panic buying in the shops. The damage to the Roving Bachelor’s ego from women social distancing would have been irreparable. Both of them can thank their lucky stars they never had to handle 24-hour breaking news, or continuous email and WhatsApp notifications. The only character with the resources to deal with this crisis is the hero of tomorrow’s transcription, Robinson Crusoe.

Without the physical Library, we turn to digital facsimiles to make sense of our situation, to research solutions and participate in communities that retain our engagement and interaction. One book giving me solace just now is Alberto Manguel’s The Library at Night, which can be read on the Internet Archive. Manguel’s Library of the day is orderly and contained; it is only in the dark it comes alive: “If the Library in the morning suggests an echo of the severe and reasonably wishful order of the world, the Library at night seems to rejoice in the world’s essential, joyful muddle”. I draw comfort in this; it is only through disorientation, through the unexpected and unfamiliar connections between histories across communities and civilisations across the bookshelves that we can begin to fathom the future and the essential role of the Library within that.

Encouraged by Manguel, I’ve started piecing together a jigsaw that up until now was gathering dust. It shows a black-and-white Edward Gorey illustration of Dracula in Dr Seward’s Library. In the photograph, the present picture is still a jumble of pieces with only the vampire clearly visible. It’s going to take a while for the final scene to materialise, for the books in Dr Seward’s Library to find their place on the shelf in some representational form of a Library.

It’s not clear what the Library will look like on the other side of this, but the explosion of scientific research and artistic creativity, and the human need to share information dedicated to helping one another gives me hope that the Library’s work continues to be more relevant than ever before, with a keen sense of its priorities to support the education and social wellbeing of anyone who needs it. The Library is always there in a crisis.