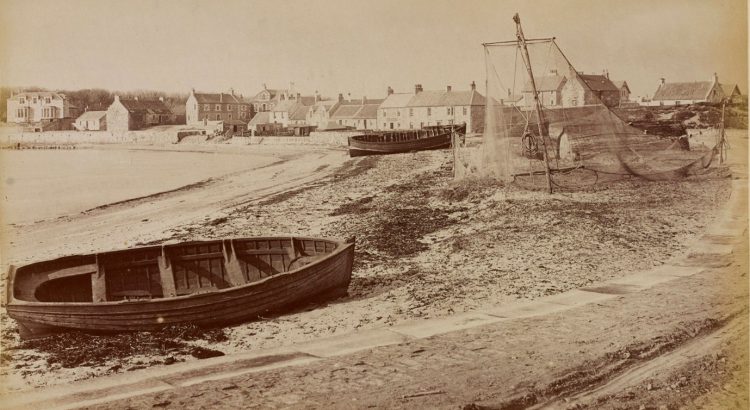 Fife is the third largest local authority by population in Scotland. While most of the population live in Glenrothes and Dunfermline, many also live along the south coast of Fife, with more than 6,500 living in Burntisland alone. The coast is popular with tourists for its scenic, historic fishing villages and great beaches. The county is also home to industries, and rich agricultural land.

The Frith of Forth from the Entry to the Queen’s ferry, with all the Islands, Rocks, Sands, &c., by John Adair, 1703.

Coastal erosion and tourism in Scotland : a review of protection measures to combat coastal erosion related to tourist activities and facilities. ByASH Consulting Group for Scottish Natural Heritage, 1994. The report includes case studies of Woodhaven in Elie; and the Eden Estuary in St Andrews.

A Report on Butterfly Abundance and Flight Periods at Tentsmuir National Nature Reserve, Fife, from 1978 to 2015 by Fyfe, G. J., and Scottish Natural Heritage. Research Report (Scottish Natural Heritage (Agency)) ; No. 970. 2018. This report charts the effect that the changing climate at Tentsmuir, has on different species of butterfly, with a loss of those preferring damper conditions, and a growth of those preferring drier, grassier areas.

Botanical survey of Scotland, Fife sheet by the late Robert Smith and William G. Smith, 1905. This map shows the distribution of plants in the county.

Plan of ground acquired for Edinburgh: Northern Railway…situated within the Burgh & Parish of Burntisland, 1847. [From the Stevenson Collection]

Plan of Burntisland Ferry Pier, Shewing the Proposed Alternations and Extensions, 1848. [From the Stevenson Collection]

Fife, 1950. A look at the agriculture, industries and the towns of Fife.

Fife face lift, STV, 1964. A film report on the regeneration of industrial wastelands and towns around Fife and Lanarkshire with the removal of old mine workings and bings and the construction of new housing and shopping centres.

Land utilization Survey, Scotland, Sheet 64 – Dundee & St Andrews, 1950. The first systematic and comprehensive depiction of the land cover and use in Scotland (1931-1935), under the superintendence of L. Dudley Stamp. The key to the colours shows much of Fife is arable land.

Trees in the Fife landscape : land use in North East Fife : conference report 1980. Available to read in the Library.

A land use framework for the next 20 years : Fife structure plan consultative draft, March 2005. Report of survey. [Glenrothes] : Fife Council, 2005. Plans available to read in the Library.

Report by Mr. James Hope (assistant Commissioner), on the Counties of Perth, Fife, Forfar, and Aberdeen. Reports of Commissioners. Royal Commission on Agriculture. Scotland. 1894. This report lists the acrage of arable crops and livestock in the county 1882-1892.

Plan of the Monastery of Inch Colm, N: Britain, 1822. [From The Hutton Drawings] Inchcolm Priory was founded in the early-twelfth century by King Alexander I and dedicated to St Columba. The story goes that Alexander sought shelter with a small group of hermits on the island when his boat ran into trouble. In response to their hospitality, he ordered the construction of the priory. The remains of the priory are at risk from sea-level rise and storm surges.

The story of Culross, directed by Henry Cooper, 1938. A look in film at the historic town of Culross with views of the ruined abbey, houses and town cross.