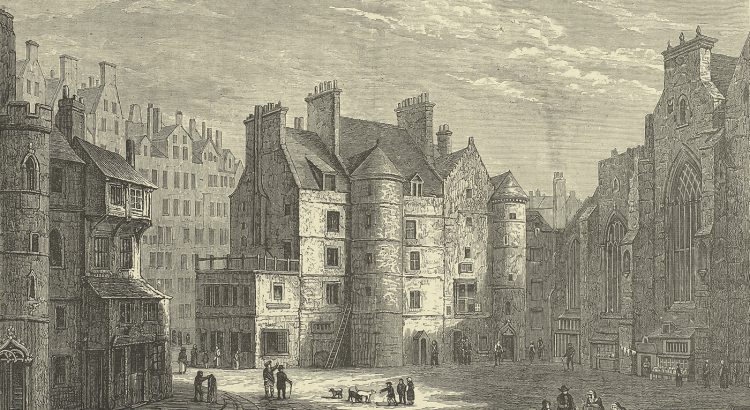 Last year marked the 250th anniversary of the birth of one of Scotland’s greatest literary talents, Sir Walter Scott (1771–1832). The Wizard of the North, as he became known, enjoyed a towering reputation throughout the 19th century and was one of the most important figures in the development and popularisation of the historical novel.

The National Library of Scotland is privileged to hold the biggest archive of Scott’s correspondence to be found anywhere in the world, as well as multiple editions of his poetry and novels, and even manuscripts of some of his most important works such as ‘Waverley’, ‘The Heart of Mid-Lothian’ and ‘Redgauntlet’. ‘The Heart of Mid-Lothian’ features prominently in our ‘Sir Walter Scott and the Historical Novel’ display at George IV Bridge, Edinburgh, which runs until 14 May.

As anniversary celebrations have occurred throughout the country in 2021 and 2022 to illustrate the many ways in which Scott impacted the Scottish cultural landscape, so too do we wish to make our own contribution through our unique collections. Given the richness of our holdings of Scott’s literary works, it seems only fitting that our focus should be on the significance of Scott as historical novelist.

Scott’s blending of the historical and the fictional may seem fairly commonplace when you consider the sheer volume of historical novels available today. However, in the 19th century, the idea of a fictional character interacting with real life figures, such as the leader of the 1745 Jacobite rebellion, Charles Edward Stuart, enthralled readers not only in Scotland but also in England and across continental Europe.

Although Scott enjoyed a European reputation, his knowledge of, and expertise in, Scottish history continued to influence the settings and the plots of his early novels. ‘The Heart of Mid-Lothian’(1818) is a prime example of this. Now a prominent stop for tourists where they are encouraged to spit on the brick-mosaic of a heart, the original Heart of Mid-Lothian was an imposing tolbooth that held prisoners before they were sentenced.

Scott used one of the most infamous events in 18th-century Scotland as the backdrop for his story: the Porteous Riot of 1736. It was named after John Porteous, the Captain of the Edinburgh City guard, who was arrested, sentenced, but ultimately reprieved after the guard shot and killed several people in Edinburgh following crowd trouble at a public execution. The Edinburgh mob, incensed by the decision, took the law into their own hands and broke into the Heart of Mid-Lothian where they captured Porteous and dragged him to the Grassmarket where he was hanged.

Scott’s vivid description of the mob and their actions came to be one of the key sources of information for those who wished to learn more about this notorious incident. Scott strove for historical accuracy as much as he could and was concerned to gather as much information on the actual events as possible. Nonetheless he used poetic licence for some of the events in order to pace his novel more effectively. For example, when news of Porteous’s reprieve comes to the mob in the book it sparks a quick chain of events that result in his execution, whereas the historical reality saw a period of five days elapse before he was taken from the Heart of Mid-Lothian and killed.

As the killers of Porteous melt away Scott introduces the main thrust of his fictional narrative. In one of the cells in the tolbooth lies Effie Deans, who has been jailed under suspicion of infanticide. Although innocent of the charges, Effie has little chance to clear her name. In a courageous act of bravery and love, her sister Jeanie Deans walks from Edinburgh to London to seek an audience with Queen Caroline, wife of George II, in order to plead her sister’s case.

Here too, Scott was inspired by real-life events which formed the foundation of his fiction. Jeanie’s journey was based on the aptly named Helen Walker, a resident of Wigtonshire, who had walked to the capital to seek an audience with the British monarch to plead for her own sister who had been accused in similar fashion to Effie. Scott created unique adventures for Jeanie on her odyssey, including scenarios where her Scottish attire and accent drew attention while she journeyed through England.

One of the key elements in ‘The Heart of Mid-Lothian’was Scott’s ability to take events that could have ultimately been relegated to footnotes in history, and intertwine them so effectively with his fictional narrative. As a writer renowned for the historical novel, the depiction of the Porteous riot was one of Scott’s most impressive achievements in this field, while the story arc of Jeanie Deans recovered and celebrated a heroic act of sisterly love that could so easily have been lost to history.