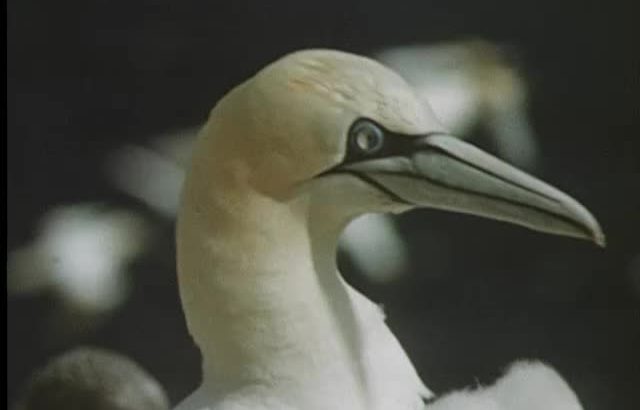 ‘’The light of enchantment on heather and lochan, the curler’s call, the fragrance of green bog myrtle, slow silence enfolding all’’

Bee Keeping in the North (1946) (Intertitles on silent film)

Scotland’s great outdoors features in many memorable films – think of the brooding mountains of Glencoe in ‘Skyfall’ or the breathtaking Aberdeenshire village of Pennan depicted in ‘Local Hero’.  Moving images have the power to enthral and entertain as well as inform and educate. This short blog aims to signpost the amazing range of films at the National Library of Scotland and why they are worthy of exploration.

The Library collects audiovisual records spanning the last 125 years across many different analogue and digital formats.  These can range from 35mm professional documentaries or 16mm educational films used in the classroom, to a home video of a woodland walk or a contemporary recording of a debate on fracking.  They can be (or become) records of things that have changed or no longer exist​, reflect a changing ecology and landscape​ or simply record the colour and sound of everyday life.

As early as 1944, Oliver Bell, the then Director of the British Film Institute wrote a letter to the journal ‘Nature’, where he noted that ‘a number of amateurs are making films frequently of unique scientific interest’ and asked if we should be doing more to preserve them. This is still the case today, and not just for amateur material.  Video in particular is an at-risk format and we are working to save important records of Scotland in the 20th and 21st century before the tapes simply won’t play back.  For example, recordings of the Banchory Institute of Terrestrial Ecology (razed to the ground in 1991), part of the Grampian Television Collection, are now digitised.

Wild Scotland is there to be experienced and if not in reality, at least at the click of a mouse. What follows now is a guided tour of some highlights in the moving image collection that will do just that.

You can search and browse the moving image collection in various ways.

The Scottish Countryside Club. Filmed by David Sime, a pharmacist, photographer and president of the Scottish Countryside Club. These films promote the enjoyment of nature and the outdoors, hillwalking and rambling. Sime’s films depict traditional industries such as farming and fishing, as well as scenic landscapes and walks. Many of the landscapes remain unchanged, but the style of the clothing and equipment of the walkers is very different to the equipment of today’s adventurers.

Jack P. Loorij Collection. A small yet fascinating collection of 8mm film taken by this enthusiastic bird-watcher and amateur film-maker. More of his work is at the Netherlands Institute for Sound and Vision.

Charles E. Palmer Collection  Important records of Scottish wildlife made by Charles Palmar, a Natural History Curator at Kelvingrove Art Gallery and Museum 1949 – 1984.  Highland Heronry (1961), for example, was a joint winner of a BBC/ Nature Conservancy film competition for amateurs 1963.  British Carnivorous Plants (1942) is also well worth a look.

’’Loch Lomond – a place, a song, an idea.  For people in many unlikely places it has come by hearsay to suggest a wide variety of things.  Scotland in miniature, beauty, nostalgia, sentiment, majestic solitude.’’

That commentary was written by a young William McIlvanney, in a film that also honed the talent of film-makers Oscar Marzaroli, Bill Forsyth and Eddie McConnell.  The Films of Scotland Collection is rich in documentary evidence of Scotland’s land and seascapes – you can browse and view some examples here.

A new addition to the catalogue, this film was sponsored by Glasgow District Parks Department and visits Pollok House and Gardens, capturing the wildlife and attractions of the place.

Four clean-cut intrepid youngsters sing and cycle their way round youth hostels by way of Ben Nevis, Loch Lomond, Glencoe, Glasgow, Edinburgh Zoo, Queensferry, Dundee, Auchmithie and Alford. Good, wholesome fun with plenty of fresh air, corduroy shorts and lashings of ginger beer!  The film may have been shown just to family and friends, or the film-makers may have belonged to a cine club, with regular screenings of members’ work. Many films remain mysteries; the people featured may be unknown, but their stories offer heartwarming and tantalising insights into the lives of the people who made them.

Sponsored by the Scottish Wildlife Trust and the Royal Bank of Scotland.

Beautiful animated short film telling the story of nighttime in a secluded corner of the forest where a romance blossoms between a most unlikely duo.  Part of the Scottish Screen Collection. It can be viewed online (via Vimeo)

You can watch many more films, and explore all of the National Library’s digital collections at the Kelvin Hall, Glasgow (home of Moving Image and Sound Collections).  There are maps, newspaper and all sorts of digitised paper records available at the touch of a button.  We are always adding new films, so come back and visit soon, either online or in person!

Interesting links on a ‘nature’ theme

Sit back and relax with a compilation reel from the moving image collection celebrating our connection to nature and our love of growing plants.