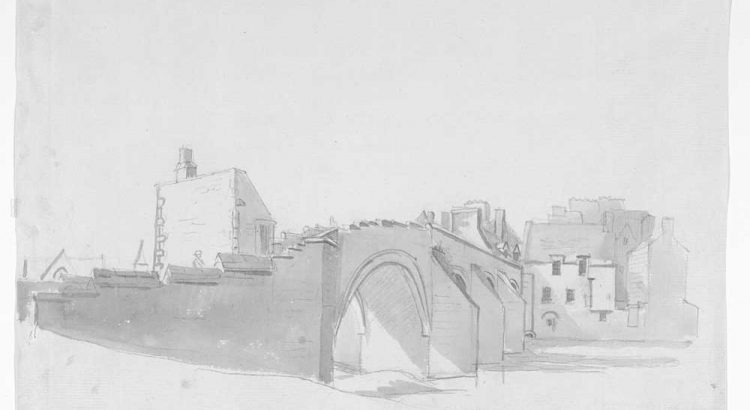 South Ayrshire came into existence as a unitary authority in 1996 and comprises the south western corner of the historical county of Ayrshire.  It ranges from built-up in the north, where it is home to Glasgow International Airport at Prestwick, to rich agricultural land in the south.

John Campbell Shairp Robert Burns  (1879). “A work of both history and literary criticism that can be used as an entry point to a wider study of its subject.”
Forestry Commission Scotland, Native woodland survey of Scotland South Ayrshire (2010)
William Robertson, Ayrshire, its history and historic families, (1908) Volume 1 Volume 2

Robert Burns, A Poet’s Welcome to his Love-begotten Daughter from the Glenriddell Manuscripts.
For more from Burns, read the Kilmarnock edition of his poems in our Digital Gallery.

UK Parliamentary Papers. This resource is available remotely to Library card holders resident in Scotland via the eResources page on our website.  Reports of the Commissioners, particularly their Minutes of Evidence, are a rich source for social history and in many cases, biographical information of interest to the family historian as well.

The Royal Commission on employment of children, young persons and women in agriculture. Fourth report, appendix, minutes of evidence, index, 1870, contains a wealth of information about farming practice, living conditions, wages and hiring policies down to the level of individual farms in the late 1860s.

Robert the Bruce, Robert I, King of Scots was born in Turnberry in 1274. Read Michael Penman’s biography, Robert the Bruce, King of the Scots (Yale University Press: 2014) (You must be logged in to view this resource).

At the nearer end of the historical scale, John Loudon Macadam, inventor of tarmac, was a native of Ayr. You can see details of his life and work in Chambers’ Biographical Dictionary of Eminent Scotsmen, in our Digital Gallery.

Sawney Bean and his family, notorious cannibals, were reputed to live in Bennane cave, near Ballantrae, on the south Ayrshire coast. Was Sawney Bean a real person or was he not? And why does it matter? A research paper by Sandy Hobbs and David Cornwell, Sawney Bean, the Scottish Cannibal from Folkore, Vol 108 (1997), is available via JSTOR (you must be logged in to view this resource).

Crossraguel Abbey, a Cluniac monastery founded by Duncan, Earl of Carrick, in the late 13th century and dissolved during the Reformation. It was ruinous by the time John Slezer published his view of the abbey in Theatrum Scotiae in 1693.

There are some drawings of its surviving architectural features in the collection compiled by George Henry Hutton, an amateur antiquary, in the 19th century

The Abbey has a history of connection with the Kennedy clan – several Kennedys were Abbots there – but its most notorious one is probably the roasting of the crown-appointed commendator, Alan Stewart, by Gilbert Kennedy, 4th Earl of Cassilis, to ‘persuade’ him to sign over the Abbey’s lands and revenues to the clan.  This incident is described by Robert Pitcairn in Historical and genealogical account of the principal Families of the name of Kennedy published in 1830.

Sandy soil, moderate rainfall and a mild climate make South Ayrshire ideal for growing good potatoes. Ayrshire Early Potatoes is a film about potato production in 1948, before the advent of extensive mechanisation.

Girvan Harbour and Ailsa Craig. From the MacKinnon collection, part of our online learning resource, From Shore to Shore

Ayr is a Royal burgh and market town on the south coast of the county. Historically Ayr was important as a major port and centre for import/export and coastal trade. In the 20th century it was a thriving seaside resort town famous for its Gaiety Theatre.

John Wood’s Plan of the Town and Parishes of Ayr, Newton upon Ayr & St. Quivox shows the town in 1818.

Ordnance Survey Ayrshire, Sheet XXXIII surveyed in 1857. This map is georeferenced: move the slider bar (blue button, ‘change transparency of overlay’ at bottom of menu) to see how Ayr has changed since then.

An Ayrshire village or small place

The village has strong connections with Robert Burns, including the building which hosted the Bachelors’ Club, which he co-founded. Near the village is Coilsfield House where his Highland Mary was employed as a dairymaid.