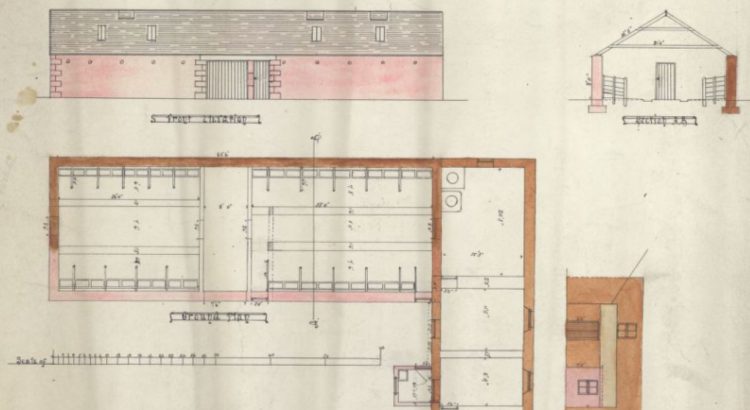 A series of plays: in which it is attempted to delineate the stronger passions of the mind. Each passion being the subject of a tragedy and a comedy by Joanna Baillie, 1799. [In Eighteenth Century Collections Online accessed through LibrarySearch. Joanna Baillie was born in Bothwell]  https://search.nls.uk/permalink/f/1cgn4rl/44NLS_ALMA21519320620004341

Fullwood Farm. Proposed alterations. Plan, elevation, and section ca. 1900 [In Map Images. This plan is part of the Lockhart of Lee Estate Mapping and shows a plan of a farm in Lanark] https://maps.nls.uk/view/219468216

James Smith at Hamilton: A Study in Scottish Classicism by Rebecca Di Mambro, 2012 [In JSTOR – please register as a reader to access this resource] https://www.jstor.org/stable/43489717

Journal of a tour in Scotland in 1819 by Robert Southey and edited by C. H. Herford, 1929 [In ScotlandsPages. This is an excerpt describing Robert Owen’s purchase of New Lanark Mills]
https://digital.nls.uk/scotlandspages/timeline/1799.html

Elegy on Lucky Wood in Cannongate by Allan Ramsey, 1717 [In Special collections of printed music. Allan Ramsey was born in Leadhills in 1686] https://digital.nls.uk/105685908

Allan Ramsay also featured in our Scottish Enlightenment display that ran from February to May 2020.

Collegiate Church near Hamilton Palace by Thomas Cocking, around 1747 [In Hutton’s Drawings] https://digital.nls.uk/74601766

Long term experiences of tenants in social housing in East Kilbride: an oral history study by Lynn Abrams and Linda Fleming, 2011 [Found through LibrarySearch. This monograph includes interviews with people living in East Kilbride (the most populous town in South Lanarkshire)] https://digital.nls.uk/pubs/e-monographs/2020/217544878.23.pdf

Plan of the camp of Agricola at Cleghorn in Clydesdale by William Roy, 1793 [In Map Images. This is a plan of Cleghorn Roman Camp] https://maps.nls.uk/view/74485990

William Roy 1729-1790. Pioneer of the Ordnance Survey by Yolande O’Donoghue, 1977 [William Roy was born near Carluke]

Note: Feature Image is Fullwood Farm. Proposed alterations. Plan, elevation and section and this plan can be viewed here: https://maps.nls.uk/view/219468216