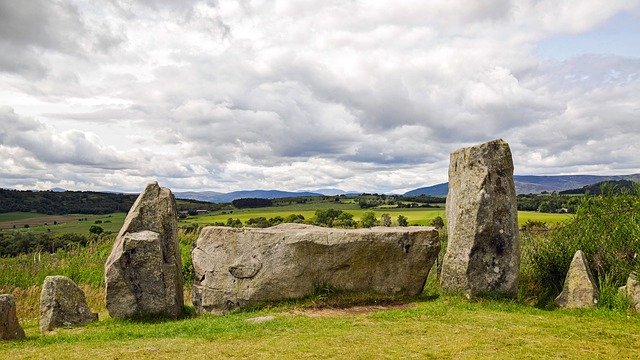 The choice: J. Leslie Mitchell, The Thirteenth Disciple: Being Portrait and Saga of Malcom Maudsley in His Adventure Through the Dark Corridor. (London, 1931).

Read or download this book from the Lewis Grassic Gibbon page on our digital gallery http://digital.nls.uk/lewis-grassic-gibbon-books/archive/205174226 where you will find this novel alongside the other books J. Leslie Mitchell published during his lifetime both under his birth name and his famous pseudonym Lewis Grassic Gibbon.

This is the second in a fortnightly series where we introduce you to some favorites from our collections for you to enjoy reading , all are freely available online.

In 1932 James Leslie Mitchell published the novel “Sunset Song” under the pseudonym Lewis Grassic Gibbon. It was an immediate critical and commercial success and the novel is now established as a classic and was voted Scotland’s favourite book in a 2016 BBC poll. Just a year earlier Mitchell had published another novel “The Thirteenth Disciple” under his own name. At the time it sold miserably and reviews were almost uniformly bad. Today it is largely forgotten, completely overshadowed by “Sunset Song” and the other books Mitchell published as Lewis Grassic Gibbon.

I think “The Thirteenth Disciple” deserves a second look. Anyone who liked “Sunset Song” will find much to enjoy in the earlier novel. The book begins in the Leekan Valley in rural Aberdeenshire, this novel’s equivalent of “Sunset Song’s” Kinraddie. “The Thirteenth Disciple” then travels far away from rural Aberdeenshire as it draws directly on events from Mitchell’s own adult life and travels. It tell the story of Malcom Maudsley from his birth in a snow storm just before midnight on Christmas Eve 1898 on a farm called Chapel o’ Seddel and follows him through the first three decades of the 20th century.

“The Thirteenth Disciple” opens in late 19th century rural Aberdeenshire and closes in sight of a ruined Mayan city in the jungles of Mexico in 1930. In between we visit the offices of a newspaper in pre-World War I Glasgow, meet members of the Left Communist Group against the background of Red Clydeside, go to an Army base on Salisbury Plain and Stonehenge, have nights out in war time London and Paris, go to the trenches in France and then follow Malcom to 1920s Bohemian literary London.

The book purports to be based on an abandoned autobiography, an autobiographical novel and a diary covering 1929 and 1930 written by Malcom Maudsley. Quotes from the autobiography appear throughout and parts of Malcom’s novel are integrated into the text. This gives the book great narrative pace as well as direct insight into Malcom’s thoughts and feelings.

The novel opens with a distressed five year old Malcom climbing high above the Leeken Valley after being chastised by his father. As he approaches the menhirs of an ancient stone circle he has a mystical experience and sees the walls of the world. This is a call to adventure and inspires Malcom to explore the world beyond the Leekan Valley. The vision of the ‘walls of the world’ will come back to Malcom at turning points in his life. He grows up to be “a consummate failure as a farm labourer” his mind more on thoughts of Greek marbles, Genghis Khan, Easter Island, Red Eric and Winland. As a schoolboy he helps rescue a fellow pupil Domina Riddoch during a terrible snowstorm and in the aftermath resolves to “eschew both M.A. and B.Sc and become an explorer ultimately perishing in a remote place of the earth”.

One of the many pleasures of the novel is the people Malcom meets on his quest to the ‘walls of the world’. In the Leekan Valley the Rev. Ian Stevenson an ineffectual preacher but enthusiastic archaeologist who digs up most of the Valley in search of signs of prehistoric man becomes a mentor to Malcom. In Glasgow we meet his first employer John MacFarlane “a crude, peasant Highlander” who edits the failing conservative newspaper the Daily Tribune. Rita his first love tempts Malcom from his quest for the ‘walls of the world’ with the chance of a settled, happy family life but the relationship ends in tragedy. His army Sergeant-Major John Metaxa was part of an Antarctic expedition and explored the Gobi desert but Malcom has to shoot him when he lies dying, trapped on barbed war in no-mans land in France. In London he is reunited with his childhood friend Domina Riddoch who is working as a scientist and has evolved from “an impish schoolgirl to an amoral anarchist.”

This is a young man’s novel, sadly Mitchell would never be an old man dying at the age of 33 in 1935, full of energy and ideas but also anger and frustration. By the end of the novel Malcom seems at peace with the world and his life and creatively at least Mitchell found similar resolution when he wrote “Sunset Song”. Unlike that book “The Thirteenth Disciple” is not a fully realised work, more an accomplished apprentice piece. It does though have a freshness that a classic encumbered with reputation and expectation can struggle to have. Not a timeless classic it is a product of the decade it was written and published in and all the more interesting for that. If you want to read a book that illuminates the life and intellectual development of James Leslie Mitchell and how he got through the “Dark Passage” of the 1910s and 1920s and ended up writing “Sunset Song” this is that book. It is also simply an entertaining and very readable novel and an interesting companion piece to Catherine Carswell’s “The Camomile” chosen by Helen Vincent in our first Curator’s Favourite blog as both feature early 20th century Glasgow as a setting.

Look out in two weeks time for our next curator’s favourite and happy reading!