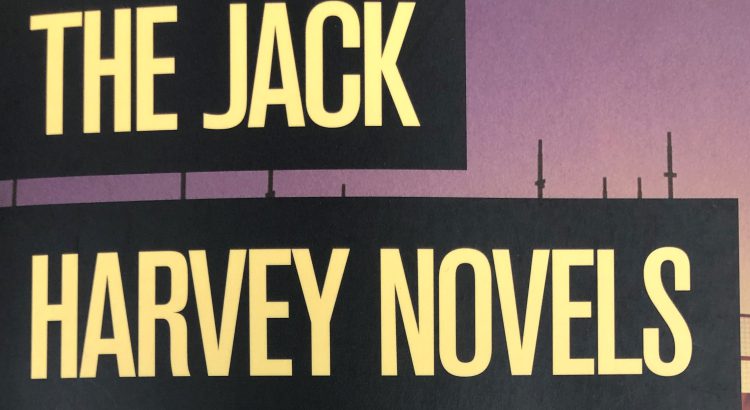 In 1993, the novel ‘Witch Hunt’ appeared in bookshops. But who was the author, Jack Harvey, seemingly a first-time novelist? Given his now familiar status as the biggest-selling contemporary writer of crime fiction in the UK it is hardly a secret. But at the time this was not an easy mystery to solve. Harvey was none other than Ian Rankin, and ‘Witch Hunt’ was his seventh published novel. It was the first of three Jack Harvey books, published one per year over the next three years.

At this point his series of detective novels featuring John Rebus had yet to take off. Rankin’s previous forays into the spy thriller genre with ‘Watchman’ (1988) and ‘Westwind’ (1990) had been well-received. His first published novel ‘The Flood’ in 1986 had identified him as an outstanding literary talent. But despite good notices, sales had not been great for any of his output so far.

Living in London from 1986-1990 had proven challenging. After four years in the capital attempting to balance life as a journalist with writing novels, Rankin and his wife Miranda relocated to France. With the subsequent publication of ‘Hide and Seek’, ‘Tooth and Nail’, and ‘Strip Jack’, Rankin had again received good reviews, with respectable if underwhelming sales. Something had to change. As Rankin writes:

“My agent came up with a plan: a pseudonymous series of mainstream thrillers. The Rebus books were still at this time short and uncomplicated affairs, and took about three months to write. I had time on my hands”.

Added to this spare time was a grounding in the kind of authors that excelled in the mainstream thriller style. Before crime fiction, Rankin had immersed himself in the works of writers such as Alistair MacLean, Robert Ludlum, and Frederick Forsyth, books that lined the racks in airports and railway stations. And Rankin had already written a spy novel in ‘Watchman’, and a spy-thriller in ‘Westwind’.

Once this diversion from the police procedurals of the Rebus novels into the spy-thriller genre had been decided, an appropriately pseudonym with thriller-writer impact was required. Rankin writes: “Miranda had just given birth to our first son, Jack. Her own surname was Harvey. I mulled over ‘Jack Harvey’ and liked it. Maybe fans of Jack Higgins would be tricked into buying my titles instead of his”.

So, from 1993-1995, Rankin alternated between writing the mainstream Jack Harvey spy-thrillers and the John Rebus novels under his own name. In addition to the research-intensive Jack Harvey novels and the Rebus series, Rankin somehow found time to write short stories and create new work across several forms. Examples of these can be found in his archive held at the National Library of Scotland.

While the Jack Harvey novels – ‘Witch Hunt’ (1993), ‘Bleeding Hearts’ (1994), and ‘Blood Hunt’ (1995) – were aimed at the mass-market audience and fans of the kind of spy-thrillers Rankin himself enjoyed, the novels didn’t bring the desired commercial success. But perhaps it’s no coincidence that Rankin’s breakthrough novel was ‘Black and Blue’. It was published in 1997, but conceived and written in 1995 when the last Jack Harvey book was published. It is a book with a broader canvas than some of the earlier Rebus books, and like the Jack Harvey novels it moves out of Edinburgh, with Rankin undertaking the kind of detailed research – into the oil industry and contemporary politics – that he employed in the preparation of the Harvey books. Reader expectations differed in the thriller genre, with Rankin remarking on the technical detail required that readers of crime fiction are happy to overlook. Perhaps the additional research that went into ‘Black and Blue’ was inspired by his work under the pen-name Jack Harvey. Indeed, it might be possible to say that Jack Harvey set the scene for Ian Rankin’s success with the Rebus series.

What the success of ‘Black and Blue’ did mean was that Jack Harvey was no longer required. Rankin writes that from that time onwards

“the Rebus books were growing in length and complexity. They were taking seven, eight, nine months to write. They were becoming more popular. They were pushing Jack Harvey aside. I had to concentrate on John Rebus. My days as a ‘two-book-a-year’ author were numbered.”

But like every good thriller or crime novel there is a twist to the tale.

The Rankin archive contains a 1989 short story called ‘Just Desserts’. The writer is Ann Kinair. Who was Ann Kinair, and why is her name on an Ian Rankin story?

Have you figured it out? You probably have. If you haven’t, here’s a clue: think ‘anagram’.

What’s intriguing is that the final version has Ann Kinair crossed out, replaced with ‘A crime story by Ian Rankin’. So Jack Harvey wasn’t Rankin’s first pseudonym. It remains a mystery as to why Rankin thought about using this penname before creating Jack Harvey, as does his decision to change the final draft back into his own name. But it’s a tantalising example of one of the many ways an author might choose to write under a name other than their own. Perhaps he just wanted a change. Would he have used Ann Kinair if the story was published? Would he have come under fire for using a woman’s name, or would he have been seen as challenging presumptions about gender in the crime genre? As the story was never published we may never know, but your best bet for solving the many questions raised is to visit ‘The Rankin Files’ and ‘Pen Names’, and see what clues you can uncover yourself.

The library’s Pen Names exhibition explores a range of writers working in Britain from the 1800s to the present day who use pen names. The exhibition is at George IV Bridge, Edinburgh and runs from 8 July 2022 to 29 April 2023. Entry is free.

On Thursday 24 November at 5.30pm you can tune in to the ‘Ian Rankin’ livestream on YouTube. At this free Library event McIlroy and Rankin will talk about his new book and the Ian Rankin Archive.