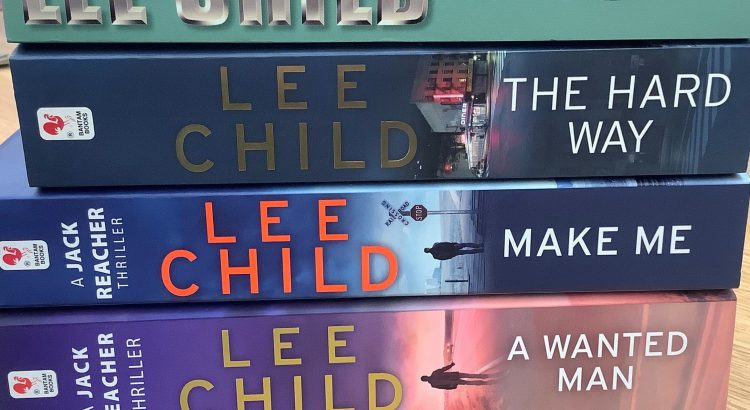 Lee Child is the author of a series of thrillers about former American military police officer Jack Reacher. who travels around the United States by bus carrying only a toothbrush and a bank card. It has been claimed that a Jack Reacher novel is sold every four seconds, fans of the series include Stephen King, Susan Hill, Philip Pullman, and Malcolm Gladwell. Child lives in the United States where he owns several homes including a penthouse apartment overlooking Central Park in New York which has a Renoir on the wall. Lee Child seems the epitome of the bestselling all-American author, except he is British and before he became a writer had a lengthy career with Granada Television in Manchester where he worked on “Brideshead Revisited,” “Prime Suspect” and “Cracker.”

Lee Child was born James Dover Grant in Coventry in 1954. His family moved to Birmingham when he was four. Here he attended King Edward’s School, whose alumni include J.R.R. Tolkien author of “The Lord of the Rings.” Grant studied law at Sheffield University whilst working backstage at a theatre. He has never practiced law and after graduating in 1977 worked in commercial television. After a near 20-year career in television that included being the transmission controller for Charles and Diana’s wedding in 1981 he was made redundant in 1995. One day soon after being made redundant Grant told his wife Jane that he had decided to write thrillers for a living whilst they were in a supermarket. It was also in the supermarket that he got the name for the hero of his thrillers. Child is 6’ 4” and another customer asked him if he could get them an item from a high shelf. His wife said if writing thrillers did not work out, he could get a job as a reacher.

The pen name he decided to use comes from a family joke inspired by the Renault ‘Le car” advertising campaign. Grant and his wife began to preface everything with ‘Le”, so their young daughter was called ‘Le child”. Child was also chosen so the novels would sit between the works of Raymond Chandler and Agatha Christie on bookshop shelves. The first Jack Reacher book “The Killing Floor” was published in 1997, the twenty second book in the series “No Plan B” will be published in October 2022.

The Jack Reacher series steadily built up an audience and by book eight “The enemy” had become bestsellers. Child had created the perfect hero for our times. Many people feel weighed down in life by commitments, possessions and work. Reacher travels with no baggage either physical or emotional except for a toothbrush. The novels reinvent the archetypal, very American story of a stranger arriving in town, familiar from Westerns. Many of the books start with Reacher getting off the bus in a town he has never visited before. He discovers that something is not quite right in the town, perhaps an unexplained death, local government corruption or a protection racket. Reacher comes together with a few like minded locals and sorts out the problem and the novel ends with him getting on another bus heading for pastures new. Reacher is on the side of the underdog as instinctively is Child who worked as a shop steward for some of his time at Granada Television sorting out colleague’s problems.

Child is now 67 and he has been planning his retirement from writing for several years. His original plan was to kill off his hero. He told the Guardian newspaper “Initially I had the idea that in the last book he would die in a blaze of glory or noble self-sacrifice. … there would have to be some situation where he’s either got to give up the person he’s protecting or give up himself, and obviously he’ll give up himself and bleed out on some filthy motel bathroom floor”. The book would be called “Die lonely”, but when he mentioned the plan to readers they were horrified. He eventually came up with the perfect solution, pass the character on to his younger brother Andrew who is in his early fifties and is also a writer, publishing under the name Andrew Grant. Lee stipulated that he would have to write them as Andrew Child. The Jack Reacher books are now in a transitional phrase. Two books have been published as collaborations between Lee and Andrew Child with a third on the way. Eventually Andrew will completely takeover the writing of the series. Child said “Let’s let Andrew keep it going. He really is me 15 years ago, still full of energy, still full of ideas.”

Lee Child no longer identifies as Jim Grant and has never been happier. Child plans to spend at least some of his retirement listening to music, especially classical music. Two adjoining offices, one for each brother, are planned for a shared property in Wyoming. So in the near future perhaps Lee Child will be exploring Beethoven’s late quartets in his office, whilst through the wall Andrew Child will be working on a new Jack Reacher novel.

Lee Child is one of the writers that features in the library’s exhibition ‘Pen Names’. The exhibition explores a range of writers working in Britain from 1800 to the present day who published under pen names. It is on from 8 July 2022 to 29 April 2023. For more information see here. For more blog posts about authors who use aliases search #PenNamesNLS.