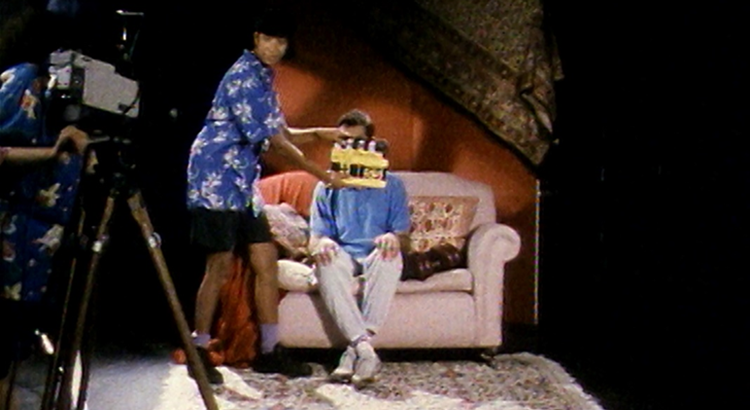 Over the last six months as an intern at the National Library of Scotland, I have undertaken the project ‘Scottish South Asians in Broadcasting’. This project draws on the Library’s vast collections, particularly the Moving Image Archive and Sound Collections, to identify underrepresented stories relating to the South Asian contribution to broadcasting in Scotland. The aim is to be able to tell a broader and more accurate story of this contribution as part of the Centenary of Broadcasting. This centenary celebration marks the first BBC radio broadcast in Britain in 1922, and Scotland’s first radio broadcast that took place in Glasgow in 1923.

This blog looks at just a few examples from the extensive material showcasing the relationship between Scottish South Asians and broadcasting which I have explored over the course of my internship. Looking back, South Asians have been coming to Scotland since at least the 18th and 19th centuries, with lascars (South Asian seamen) and ayahs (South Asian nannies) arriving at Scotland’s ports. At the turn of the twentieth century, lascars began to settle here. This clip from a silent film in the James Hart Collection in the Moving Image Archive shows a group of lascars (05:34 and 07:55) walking down Great Western Road in Glasgow. Later, there was further migration of South Asian peoples to the UK following the partition of India and Pakistan in 1947.

Naturally, this growing community would desire both advice and a means of entertainment for their new life in Scotland. In 1965 the BBC tried to address this need by launching its first programme specifically catered to South Asians, with the aim of helping migrants to integrate. The programme was titled ‘Apna Hi Ghar Samajhiye’ or ‘Make Yourself at Home’, and was presented in Hindi, Urdu and English. In 1968 it had a title change, to ‘Nai Zindagi Naya Jeevan’or ‘New Way, New Life’.

Shagufta Ashiq came to Scotland from Pakistan in 1967, and she recalls her experience watching these programmes:

“There were no Asian channels, only one Asian programme came once a week Apna hi ghar Samhjeeyay […] for half an hour. Now there are so many Asian channels due to satellite. There was a radio programme Nai Zindagi Nai Jeewan […] every Sunday and we eagerly awaited that.”[1]

Dr. Pushpinder Chowdhry MBE, who grew up in Glasgow and founded the UK Asian Film Festival, also remembers her experience of the programme:

BBC talk-show ‘Network East’, airing from 1987 to 2003, appeared to be aimed at a broader age range, and so also appealed to younger audiences. In the late 1990s this was often co-hosted by broadcaster Sonia Deol and well-known Scottish South Asian actor and comedian Sanjeev Kohli. Episodes sometimes featured Scottish topics and locations, including one instalment from 1994 which followed Glaswegian Bhangra band Bombay Talkie.

The Library’s Moving Image and Sound Collections contain some good examples of material that can help build a picture of the contribution of South Asian filmmakers, programme makers and presenters. For example, ‘A Family Business’ is a spoof documentary preserved in the Moving Image Archive, following a Scottish Asian entrepreneur who runs a marriage bureau creating video profiles for its clients. It was created by Indian director Avie Luthra under the Scottish Film Council and Scottish Television First Reels scheme. This film comedically addresses traditional South Asian culture and marriage values in a British context.

Unlocking Our Sound Heritage (UOSH) is a UK-wide project helping to save Scotland’s sounds, with the National Library serving as the hub for Scotland. One audio recording preserved through this project is an interview with Rajinder ‘Tony’ Singh from 1993, held as a part of the Museums and Galleries Edinburgh Oral History Collection. Rajinder was born in Edinburgh and is a second-generation Scottish Sikh. He is a celebrity chef, first appearing on television in 2000. During this interview, taking place before his broadcasting debut, Rajinder talks about his family origins, western and Indian cultures, and discrimination in Scotland.

If these kinds of stories spark your interest, we’ve assembled a related small display at our George IV Bridge building in Edinburgh. The display is located just outside the General Reading Room and can be seen until the end of June 2022.

I would like to express my sincere gratitude to community partners Colourful Heritage for their support and guidance throughout the duration of this project. Particularly, I would like to give thanks for providing the contacts of key figures, without which the achievements of this project would not have been possible.