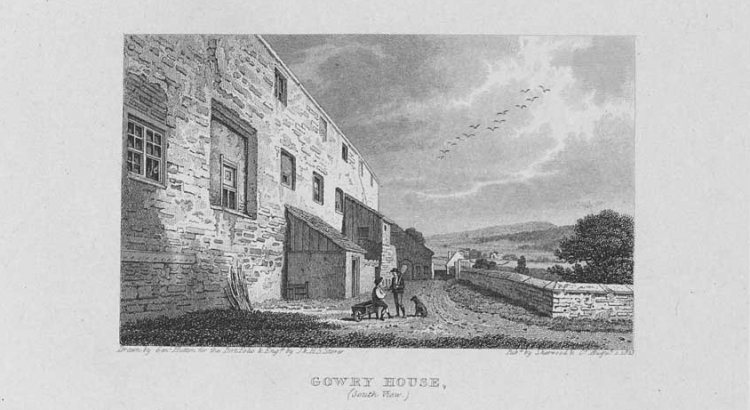 The county of Perth, formerly known as Perthshire, sits at the heart of Scotland, and its vast geographic size has seen it called ‘the big county.’ It existed as an administrative county from 1890 until 1930, when it was linked with Kinross-shire which, in direct contrast to its neighbour, is one of Scotland’s smallest counties. The county town is Perth, and a large number of towns and villages are scattered throughout the county. Old Scone was once the capital of Scotland, and the traditional coronation place of Scotland’s monarchy. The Stone of Scone, also known as the Stone of Destiny, was long used in these ceremonies until removed by the forces of King Edward I of England in 1296. It was thereafter used in the coronations of English (and then British) monarchs, until its return to Edinburgh in 1996. The coming months will see its return to Perth.

The valued rent of the Perthshire by an order from General Monck, dated April 6th, 1665, with the assessment payable by each Heritor in the respective parishes.

Ships belonging to the Port of Perth, with notes of their masters and owners, 1837-38. https://digital.nls.uk/directories/browse/archive/86030911

Catherine Wilson of Perth, who, around 1820, assumed the apparel of a boy to allow her to work in various professions, before being forced to marry the daughter of an employer. https://digital.nls.uk/broadsides/view/?id=15929&criteria=perth

Hamish Henderson was born in Blairgowrie, and is best known as a folk musician and folklorist. As Alan Lomax travelled the United States collecting recordings of long-lost blues musicians, Hamish Henderson did likewise in Scotland, interviewing and recording tales and music. These recording are now stored in the School of Scottish Studies at the University of Edinburgh. https://digital.nls.uk/writestuff/henderson.html

A Piece of Music / Sound

This watercolour drawing of Dunblane Cathedral, Stirlingshire shows the cathedral set within its own grounds. The artist also includes two figures in the foreground, possibly to offer perspective, and a number of nearby buildings. The Hutton Collection also includes views of the south-east and distant south-east, and an elevation of the east window. Although this drawing is undated, it was probably before the late-nineteenth century. The artist has clearly shown the roofless nave, which was not restored to its former glory until 1893. The deterioration began during the Reformation and continued for years; whilst the choir remained in constant use, the roof of the nave finally fell in around 1600 leaving the interior open to the elements for almost 300 years.

Gypsy travellers have a rich history in rural Perthshire, often passing through annually to pick fruit and vegetables. Photographs of gypsy travellers in Perthshire. https://www-scran-ac-uk.nls.idm.oclc.org/database/results.php?QUICKSEARCH=1&search_term=perthshire+gypsy

Perth sits in central Scotland on the banks of the River Tay, and is the main administrative centre of Perth and Kinross council area. Despite long having been considered a city, it lost this status in the late 1990s, but this was re-instated in 2012. It is often referred to as The Fair City, after the publication of Sir Walter Scott’s novel, The Fair Maid of Perth.

The early importance of Perth was derived from its close proximity to Scone, the coronation place of Scotland’s monarchs, and the location of the royal court in the city. This led to it being declared one of the first Royal Burghs in Scotland, second only in importance to Edinburgh. Although this importance declined, the city remains one of the largest, most prosperous towns in Scotland.

A number of national businesses, such as SSE and Stagecoach, sit alongside a swathe of local ones, filling the city with a diverse array of shops, restaurants and pubs. As with all of Scotland’s cities, retail parks dot its outskirts.

The city has a strong cultural history. Perth Museum and Art Gallery is one of the oldest purpose-built museums in the United Kingdom, having been opened in 1824. Perth Theatre opened in 1900, and has attracted many stars of stage and screen. The town saw its Concert Hall opened in 2005. The city has hosted the Royal National Mòd on a number of occasions.

In the 18th century, the 4th Duke of Atholl decided to harness the River Tay to power a cotton mill. He invited Richard Arkwright to undertake this task, and the resultant mill required housing for its employees. As so emerged the village of Stanley. Despite the mill’s gradual decline in the latter half of the 20th century, finally closing in 1989, the housing remained and gradually became a dormitory town for the nearby city of Perth. The derelict mill was taken over by Historic Scotland, and turned into housing and a museum.