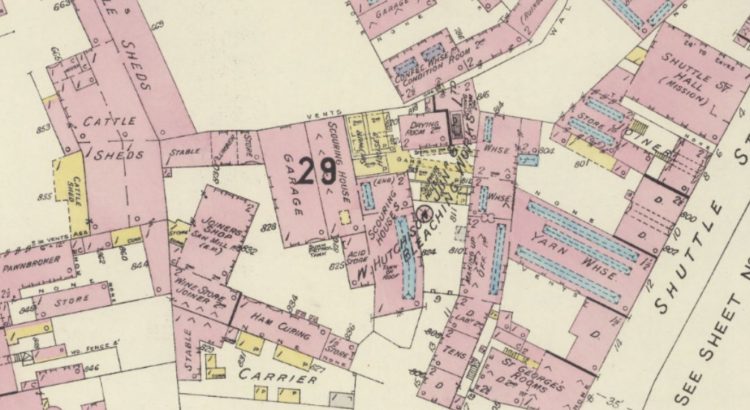 The council area of Renfrewshire sits to the south of the River Clyde and is bounded by five other local councils within the central south-west region of Scotland. First emerging as a county in the early 15th century through a land grant by King Robert III, it would then go on to take the form of the historic County of Renfrewshire in the late 19th century.

From 1975 to 1996 it formed part of the larger historic Strathclyde region, eventually taking its current form in April 1996. Its main town, Paisley, is situated in the eastern end of the council, along with the other urban centres of Johnstone and Renfrew. Paisley itself has long been an important centre for trade, industry, politics, and religion in Scotland from the Middle Ages to the 19th century. It is particularly noted for its Abbey, the Paisley Pattern, and its role in radical politics in the early 19th century. The west and south of the council area is more rural and features many small towns and villages, as well as areas of natural interest such as the Castle Semple Loch and parts of the Clyde Muirshiel Regional Park.

Description of the Sheriffdoms of Lanark and Renfrew, compiled by William Hamilton, 1831. [In Publications by Scottish Clubs – Maitland Club.]

History of the witches of Renfrewshire, who were burned on the Gallowgreen of Paisley, 1809. [In Antiquarian Books of Scotland]

Gloamin Hours, by Robert Cathcart, 1868. [In Antiquarian Books of Scotland]. Robert Cathcart was a native of Paisley, and although a designer by trade, he published several volumes of poetry.

Catalogue of the Library of Alexander Speirs of Elderslie, 1843. [In Manuscripts Catalogue.]

SCRAN – In Your Area: Renfrewshire. [In e-resources.] Available online to Scottish residents registered with the National Library of Scotland.

Ellen King was born in Renfrew. At age 15 she represented Great Britain at the 1924 Olympics, returning again in the 1928 Olympics to win two silver medals.

A History of the Witches of Renfrewshire, by J. Millar, 1877.

Blythswood House was a Greek revival mansion, built in 1820 for Archibald Campbell, and eventually demolished in 1935.

In August 1928 May Donoghue and a friend had met at the Tally Café in Wellmeadow Place, Paisley, where Donoghue ordered a ginger beer. Much to her surprise, a decomposed snail was found at the bottom of her glass. She later sued the manufacturer of the ginger beer, Paisley drink-maker David Stevenson, for shock she had suffered as a result. The case went to the House of Lords, where she was awarded £200 in damages, and the case set a precedent for establishing the principles of duty of care.

The Snail and the Ginger Beer: The Story of Donoghue v Stevenson, by Matthew Chapman, 2010.

Paisley Abbey, with its origins in the Middle Ages, is still in use today as a place of worship. The Abbey is home to one of the best-preserved medieval drains in Britain, which was re-discovered in 1990 and which has undergone several excavations since.

Rental of Paisley Abbey, written between 1460 and 1550. [In Online Manuscript Catalogue.]

The Prospect of the Abbey and Town of Paisley, in Theatrum Scotiae, by John Slezer, 1693. [In Slezer’s Scotland.]

Actis and deidis of the illustere and vailzeand campioun, Schir William Wallace, Knicht of Ellerslie. By Henry the Minstrel, edited by James Moir, 1889. [In Publications by Scottish Clubs – Scottish Text Society.] Elderslie is often attributed as the birthplace of William Wallace.

A history of the Russell Institute building in Paisley. The building was commissioned by Agnes Russell as a memorial to her two brothers, and upon its completion she donated it to the burgh of Paisley.

The Castles and Mansions of Renfrewshire and Buteshire, by A. H. Millar, 1889.

The Monastery and Abbey of Paisley, edited by John Malden, 2000.