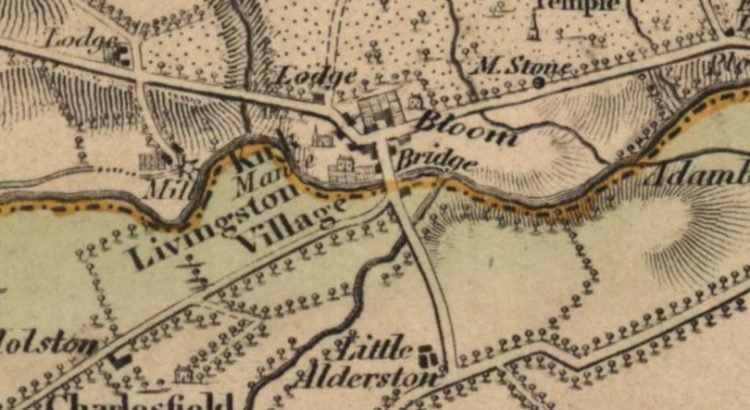 West Lothian is one of Scotland’s thirty-two unitary authorities; it is also one of the historic counties. It lies on the southern shore of the Firth of Forth and is predominantly rural, though there were extensive coal, iron, and shale oil mining operations in the 19th and 20th centuries. The old county town was the royal burgh of Linlithgow, with the county also known as Linlithgowshire, but the largest town and administrative centre is now Livingston.

West Lothian is home to several important historic landmarks including Cairnpapple Hill, an ancient monument and ritual site with extensive views.  Linlithgow Palace is famed as the birth place of Mary Queen of Scots. There are also several historic houses including Hopetoun House and the House of the Binns.

Edinburgh and South of Scotland Trades’ Directory, including the Counties of Berwick, Edinburgh, Haddington, Linlithgow, Peebles, Roxburgh, and Selkirk; Also a Gazetteer of Scotland,1900.

Bo’ness United versus Forth Rangers, filmed by Dickson’s Pictures, 1949.

Notebook concerning coal mining in West Lothian, 1849-1867. [Available only in the Library]

Papers of the family of Dundas of Dundas relating to public affairs, 17th to 19th century. [The papers mainly concern Parliamentary elections in Linlithgowshire, available in the Library]

Maps of the whole county

The Life and History of Mary Queen of Scots, 1840-1850? [In Chapbooks printed in Scotland]

The Last Letter of Mary Queen of Scots written 8th February 1587 is held in the Library’s manuscript collection:

‘Lament of Peter Mclean, now lying under the Sentence of Death’.  Peter McLean was executed in Linlithgow on the 2nd February, 1857, for the murder of Thomas Maxwell on the road between Bathgate and Durhamtown, West Lothian. Although it is unlikely he wrote this lament himself – broadside producers frequently published highly formulaic, repentant ‘last speeches’ and lamentations – he was said to have made a short speech from the gallows urging people to recognise the Sabbath and avoid alcohol and bad company.

The Prospect of their Maj’ties Palace of Linlithgow, in Theatrum Scotiae by John Slezer, 1693.

Livingston, 1965. [As one of Scotland’s ‘new towns’ Livingston grew from a very small village to the largest town in the county with more than 57,000 residents. This short film clip shows the historic centre before the building began.]

Something about a village

Many communities across the county celebrate a children’s gala, find out more about the tradition.

Further Reading [available to read in the Library]:

West Lothian: The Dark Side by Margaret Hubble, 2014.

Linlithgow Through Time by Bruce Jamieson, 2014.

New Town : Social Involvement in Livingston : An Account of the Formative Years by Leslie Higgs, 1977.