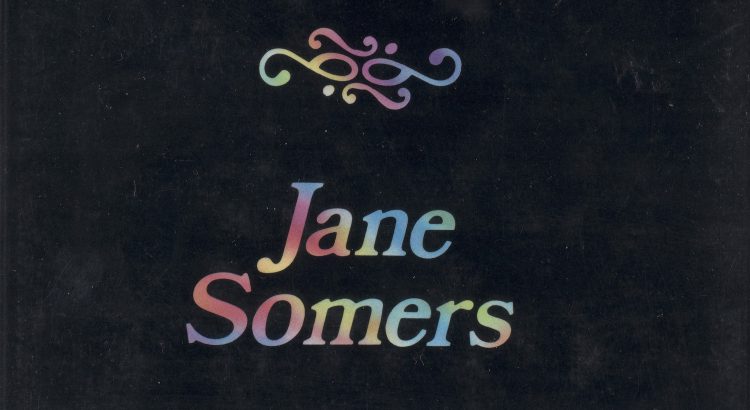 When you ask yourself why a writer might choose to use a pen name, what springs to mind?

Perhaps you think of the famous female writers of the nineteenth century, like the Brontë sisters, for whom publishing under their real names would have risked not being published at all.

Or you think of it as a marketing tool, used, for example, by authors eager to hide their identities in the hope of selling more books.

Or maybe you think of those writers who just use pen names for fun?

What you might not have considered is why someone might choose to write under a pseudonym at the height of their success – such as was the case with Doris Lessing, Nobel Prize winner and esteemed author of works like The Grass is Singing and The Golden Notebook.

In 1983, Lessing published The Diary of a Good Neighbour under the pen name Jane Somers. This was followed in 1984 by another novel written under the same name – If the Old Could.

Both works were rejected by Lessing’s long-term British publisher, but were published in America and the UK with the two publishers that were in on the act from the beginning – Alfred A. Knopf and Michael Joseph.

The books were released with little publicity, and sales were low.

In an interview with the New York Times in 1984, Lessing revealed why she decided to use the pen name:

‘I wanted to highlight that whole dreadful process in book publishing that ‘nothing succeeds like success,’ she said. ‘If the books had come out in my name, they would have sold a lot of copies and reviewers would have said, “Oh, Doris Lessing, how wonderful”.’

Far from needing a pseudonym to help her work get published, Lessing instead was able to use her commercial success to emphasize the difficulties often faced by unknown writers. She wanted to challenge bias in the publishing industry and used the name Jane Somers to do that.

The novels were viewed favourably by some and received some praise and good reviews. Jane Somers was called ‘a courageous writer’ by one reviewer; another stated that she wrote with ‘wit and compassion’. This showed that some publishers and reviewers were willing to give Jane Somers a chance, and that there was space for new writers at the time.

However, this did little to settle the score for Lessing. Since the books were rejected by many, she felt that her worse fears about the publishing industry had been realised. And, perhaps even more surprisingly, by those who she thought knew her writing well. ‘Some of the so-called experts on my work (…)’, she noted, ‘didn’t recognise it was me’.

Lessing eventually revealed her experiment to the press and the books were re-released together as ‘The Diaries of Jane Somers’. Though, as she put it, ‘the experience of starting again as a novelist had been very enjoyable, very entertaining’, Lessing would not use a pen name again during her career.

Lessing’s experiment made clear her view that publishers and readers should pay attention to well-written works, regardless of how well known the author is. Otherwise, ‘what happens mostly is that an immense amount of space will be given to not very good books by established writers’.

Lessing invited her contemporaries to consider the merits of a book and not merely judge it by the name on its cover.

‘I wanted to be viewed as a new writer, without the benefit of a ‘name’’, Lessing wrote in the preface to ‘The Diaries of Jane Somers’. Her experiment with a pen name had allowed her to do this, and to prove an important point about the world of publishing at the same time.

https://www.nytimes.com/1984/09/23/nyregion/doris-lessing-says-she-used-pen-name-to-show-new-writers-difficulties.html (please note: this site has a paywall)

https://www.newyorker.com/books/page-turner/doris-lessing-and-the-perils-of-the-pseudonymous-novel (please note: this site has a paywall)

The library’s exhibition Pen Names explores a range of writers working in Britain from the 1800s to the present day who use pen names. The exhibition runs from 8 July 2022 to 29 April 2023. For more information see www.nls.uk/exhibitions/pen-names/ For more blog posts about authors who use aliases search #PenNamesNLS.