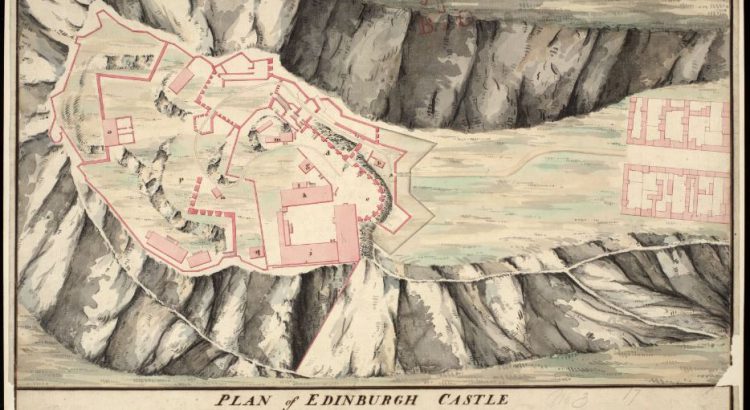 What do you think of when you think of the city of Edinburgh? Perhaps the ancient castle looming over the city from Castle Rock. Or the plethora of festivals that take place in the city’s streets every year. Maybe you know Scotland’s capital city best as the seat of the Scottish Parliament at Holyrood. But what else has taken place within its ancient boundaries? What is the history of the people who have lived there, worked there, loved there? We invite you to dive deeper into Edinburgh’s history with the online resources below!

Edinburgh has been recognised as the capital of Scotland since at least the 15th century. The city is home to one of Scotland’s four ancient universities, the University of Edinburgh, founded in 1583. It is also home to the Palace of Holyroodhouse, the monarch’s official residence in Scotland. Edinburgh attracts millions of visitors from around the world every year, for its history as well as its vibrant cultural scene. This includes the Edinburgh International Festival and the Fringe Festival, both taking place in August of each year. Edinburgh is also home to the main building of the National Library of Scotland on George IV Bridge, where many of our collections are housed, cared for, and utilised by the public.

Publications from the Abbotsford Club and the Bannatyne Club, text publication societies founded in Edinburgh.

In the Digital Gallery, Publications by the Abbotsford Club.

Papers relative to the Regalia of Scotland by

In the Digital Gallery, Publications by the Bannatyne Club.

In the Digital Gallery.

From the Moving Image Archive.

To His Sacred Majesty George III… this Plan of the new streets and squares, intended for his ancient capital of North-Britain by James Craig, 1768.

Interactive maps as part of a larger online resource, African American Revolutionaries in the Atlantic World, focusing on the 19th century.

The Bartholomew Archive is the remarkable record of the Edinburgh-based firm of map engravers, printers and publishers, John Bartholomew & Son Ltd. It is one of the most extensive cartographic archives available for research in a public institution. Members of the Bartholomew family were engaged in mapmaking from the first known map engraving work of George Bartholomew in 1825. John Bartholomew junior started printing operations before 1870. For more than a century afterwards the Bartholomew firm specialised in high-quality map production.

Flowers of Edinburgh, a traditional reel printed in the Edinburgh Repository of Music, 1818.

From the Glen Collections of printed music in the Digital Gallery.

Also, Craigmillar Castle, a march printed in the Caledonian repository of music, for the great highland bag pipe, 1870)

From the Glen Collection of printed music in the Digital Gallery.

Our Board of Ordnance collection of military maps includes some fascinating plans of Edinburgh Castle dating from the 18th century, when the Castle was a military stronghold, rather than the tourist attraction it is today.

Other Board of Ordnance Plans relating to Edinburgh: https://maps.nls.uk/military/placename/Edinburgh

Lifting the Lid, a food and drink exhibition at the Library from 2015 that uncovered the changes in Scotland’s culinary tastes over the course of four centuries. Includes account books that give us a glimpse into the eating habits of an upper-class 18th century home in Edinburgh.

Photographs of the south side of Edinburgh taken by Alfred Henry Rushbrook, 1929.

In the Digital Gallery.

Stockbridge. Originally a small outlying village, Stockbridge was incorporated into the City of Edinburgh in the 19th century. Sir Henry Raeburn, the painter (and local landowner) had much to do with the development of Stockbridge, including commissioning the stone bridge over the Water of Leith in 1801 as a means of expanding the village to accommodate the growing artisan population. The village gradually grew and blended with the New Town as it continued to grow northwards. This map shows the point where the old road to Stockbridge meets (and became part of) the New Town.

Edinburgh – Sketch showing the present and proposed roads from Stockbridge to Edinburgh from the Stevenson engineering plans, 1819.